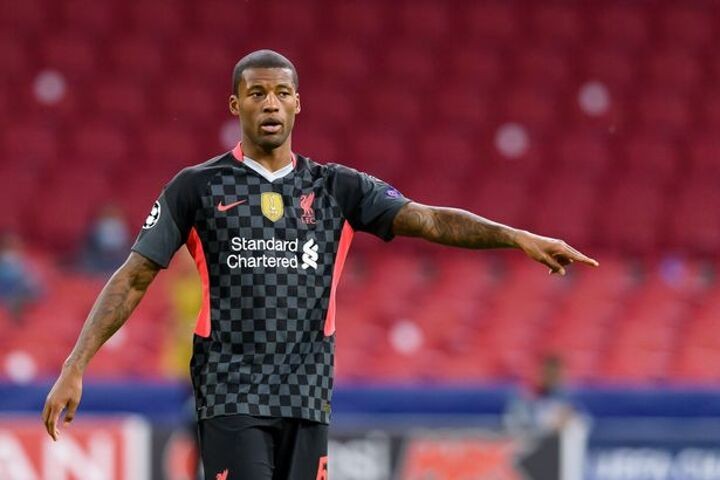 Liverpool go into this weekend’s Premier League match against Brighton & Hove Albion knowing a victory at the Amex Stadium and anything other than a Tottenham win at Chelsea on Sunday will see the champions end this weekend on top of the table.

However, despite the Reds looking strong, a succession of injuries has prompted questions about whether Jurgen Klopp will add to his squad in January.

Diogo Jota, Thiago and Kostas Tsimikas all completed moves to Anfield during the last window, and there has been plenty of speculation around future ins and outs.

We have the latest from around Europe as the Reds look forward to what could be an eventful 2021 in the transfer market.

Gini Wijnaldum is out of contract at Anfield in the summer, and could open talks with potential suitors in January with a view to leaving on a free.

However, according to the Athletic , the Dutchman could still end up extending his stay on Merseyside.

According to their report, the situation over the midfielder’s future remains “fluid”, with all options still available to the parties in question.

Wijnaldum was linked with a move to Barcelona over the summer, with Liverpool potentially prepared to listen to bids in order to avoid losing him for nothing. Barca manager Ronald Koeman was the player’s international manager for the Netherlands, and reportedly remains keen on bringing WIjnaldum to Camp Nou.

However, with just seven months left of his deal, the former Newcastle man continues to pick up regular game-time under Jurgen Klopp.

Vincent Kompany is helping bring through the next generation of Belgian stars as manager Anderlecht, and one of the players under his watch has expressed an admiration for Liverpool .

Teenage centre-back Marco Kana has been compared to Kompany, having broken into the first-team at Lotto Park, and has been linked with a Southampton switch.

However, in an interview with Belgian publication Walfoot (via the ECHO ), another club’s name was on his lips.

"Later, I would first like to play abroad in a top or sub-top club. And then in the best English teams, preferably in the English top five,. Currently, I prefer Liverpool. They really dominate everything."

Erling Braut Haaland continues to be linked with a move away from Borussia Dortmund, with Liverpool just one of many clubs mentioned in connection with the Norwegian striker.

Haaland has continued his fine goalscoring form this season, scoring 12 goals in his last seven club games to increase noise around his future.

However, as reported by AS , the German club has no plans to part ways with the man they signed from Red Bull Salzburg in January.

"I am happy when [Erling Haaland's] enthusiasm is high, because it means that he plays well for us and we have all done a good job," Dortmund sporting director Michael Zorc told reporters ahead of the club’s return to Bundesliga action.

"I don't have to say anything to the other managers, because of course we are planning for the long term with Erling.

"He plays well for us and he hasn't been with us that long, not even one year. In this respect, I would like to see him with us for a while yet."