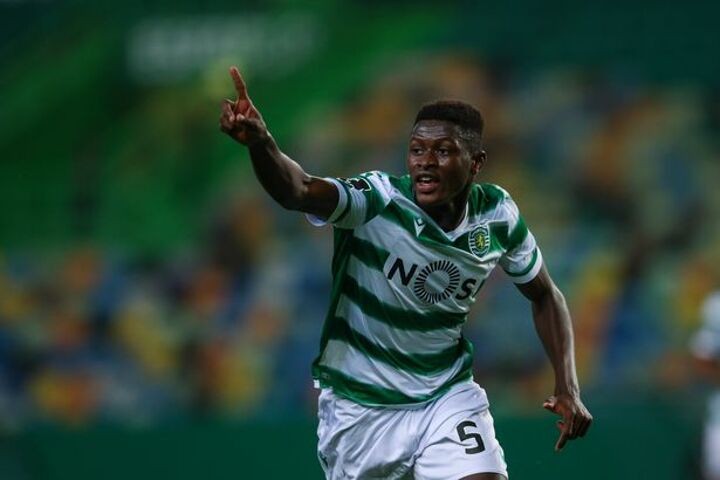 It’s been a tough week for Jurgen Klopp at the helm of Liverpool.

The Reds suffered defeat in the Champions League against Atalanta and followed it up with a draw away at Brighton & Hove Albion after the Seagulls were awarded a controversial stoppage-time penalty.

Klopp is also wrestling with an injury crisis that sees him without both starting centre-backs, and a calf injury to Trent Alexander-Arnold.

It means the Reds boss could be busy come January.

He's monitoring potential additions at the back, and may look to shift players on the fringes to help inject more quality.

With that in mind here's the latest transfer speculation surrounding the Reds...

Liverpool are interested in Sporting youngster Nuno Mendes, according to reports.

The 18-year-old, who can play at left-back or left-midfield, has made eight appearances for Sporting this season in the league.

According to Portuguese outlet A Bola, Mendes is being watched by the Reds and is currently under contract with Sporting until 2025.

The report states Liverpool are monitoring Mendes and that Sporting are now considering offering the player a new deal to cool the Reds’ interest.

Mendes currently has a €45 million release clause in his contract with the Portuguese giants, and it is believed any deal will raise the figure considerably.

Jude Bellingham rejected the chance to sign with Liverpool.

The English midfielder left Birmingham City to join Borussia Dortmund this summer after attracting interest from a host of clubs across Europe.

And speaking to the Blood Red podcast, the player’s agent and former Liverpool player Philipp Degen revealed Bellingham turned down the Reds when agreeing to move to Dortmund.

"It is one of the biggest victories for Dortmund [to sign Bellingham] because the challenge to get this player was very, very high and they had to fight for months.

"I know his agent, and I am a very good friend of him, and I know which kind of fight it was - every top club in Europe wanted to sign him.

"Dortmund made this challenge and they won it and it is the right step for me to get to a big star. Dortmund have shown before that they can develop players to a higher level and they can do very big steps, so it was the right decision.

"Real, Barca, AC Milan, Inter, AS Roma, Bayern Munich, Dortmund - all the top teams in England, especially Man United - and when you see the fight for this boy, it was massive.

The Nigerian international has been in fine form for the Yellow Submarine and that has drawn interest from across Europe.

Liverpool are one of the clubs said to be interested in the attacker and when asked about his future, Emery did not rule out him leaving the club.

“We are happy with Samuel Chukwueze, he’s growing up here with us and his performances are getting better little by little but above all we want to achieve with him our objectives with his skills, his capacity.

“He is young and he has a very good future and then trying to add his performances for our team, for the national team.

“Maybe in the future he can go to another league to grow up more but I think he’s very happy here with us, and every match with him is very important to try to get best performance with him.”