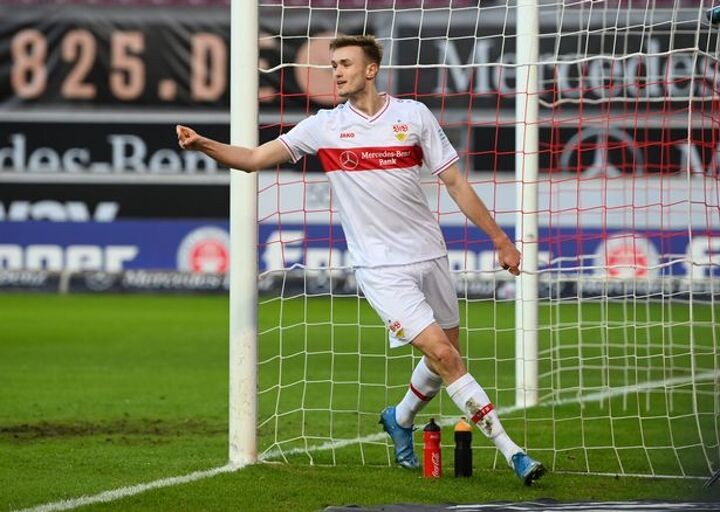 After seeing his side decimated by defensive injuries this season, Jurgen Klopp is taking no chances ahead of the next campaign.

The Reds made an approach for RB Leipzig centre-back Ibrahima Konate last month and a deal for the Frenchman is believed to be close.

Leipzig have not given up hope of Konate choosing to extend his stay and filling Dayot Upamecano's boots - but reports in Germany claim they have come to a startling realisation over their prized asset.

Meanwhile, Anfield chiefs are keen to bolster Klopp's options up front and in-form Stuttgart ace Sasa Kalajdzic has emerged on their radar.

Liverpool will face competition for the Austrian, however, with Tottenham and Borussia Dortmund in hot pursuit.

Tottenham have joined the race for Liverpool target Sasa Kalajdzic as they search for a deputy for Harry Kane, reports the Daily Mail .

Stuttgart target man Kalajdzic has alerted clubs across Europe to his talent by netting nine goals in his last 10 Bundesliga appearances.

Spurs are keen on the Austria international, 23, as they are unlikely to activate their £36million option to buy Carlos Vinicius from Benfica.

The report adds Kalajdzic would favour a move to Liverpool, while he is also on Borussia Dortmund's radar as a potential replacement for Erling Haaland.

RB Leipzig are facing a major conundrum over centre-back Ibrahima Konate, according to reports in Germany.

It emerged last month that Liverpool are finalising a deal for the Frenchman, and that he had already passed some medical checks ahead of a move to Anfield.

Things have gone quiet since then, but Bild claim Leipzig remain in a state of turmoil over their prized asset.

The German club are desparate to avoid losing Konate as they see him as a the replacement for Bayern Munich-bound Dayot Upamecano.

But they are well aware that with each assured performance by the 21-year-old, the more likely it it becomes that a club will activate his €40million (£34m) release clause.

As such, Leipzig have come to the realisation that if Konate 'plays too well, he's gone', with Liverpool in pole position to sign him.

After scoring a hat-trick in Villa's 7-2 thrashing of the Reds earlier this season, Watkins opened the scoring at Anfield on Saturday.

That takes the former Brentford striker's tally to 12 goals in his debut Premier League season, whereas struggling Liverpool No.9 Roberto Firmino has scored just six times.

Jurgen Klopp is expected to target a new centre-forward this summer and Hutchison has highlighted Watkins as an "exceptional" option for his former side.

He told Optus Sport : "I think he’d do well in a Liverpool shirt, Ollie Watkins. I think he’s an exceptional player."