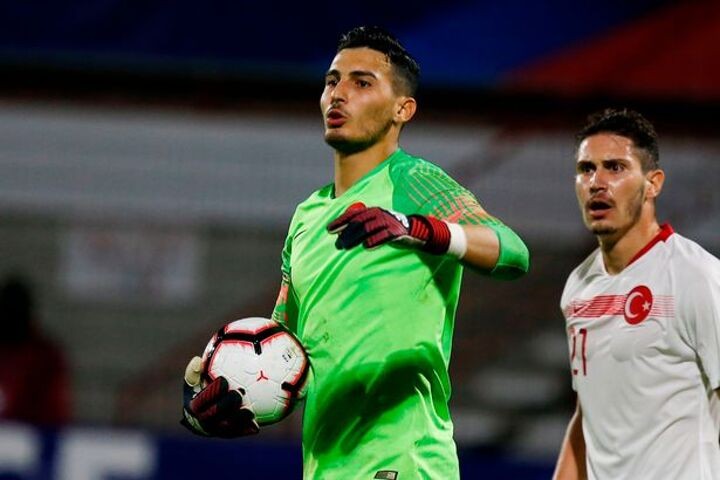 During a dismal season for Liverpool, Alex Oxlade-Chamberlain's diminishing role has largely gone under the radar.

The midfielder has managed just 14 appearances in all competitions - the vast majority of which have come from the bench - yet he remains under contract for another two years.

Even as injuries set in and players were shoehorned into unfamiliar roles, Jurgen Klopp did not call on a player who has helped his side to Champions League and Premier League glory.

At 27, Oxlade-Chamberlain should be entering his prime - and this has not escaped the notice of Borussia Dortmund, who are said to be heavily interested in the Englishman.

Meanwhile, the Reds are linked with a move for a back-up for Alisson and there is an update on Dortmund and Three Lions winger Jadon Sancho.

Liverpool will table a bid for Ugurcan Cakir this summer after many years of interest in the Trabzonspor goalkeeper.

That's according to Turkish outlet Fanatik , which claims the Reds previously enquired about Cakir and will return with a formal offer for the €25million-rated (£22m) 25-year-old.

Cakir won the Turkish Cup with Trabzonspor last season and has earned five caps for Turkey.

Liverpool No.1 Alisson has struggled with injuries this season and with Adrian set to depart - should his extension clause not be activated - Anfield chiefs may look to sign a new back-up goalkeeper.

The Bundesliga giants are said to be very keen on the 27-year-old, who has rarely started for the Reds this season and has two years remaining on his contract.

Oxlade-Chamberlain has played just 274 minutes of football across 14 appearances and the report asserts he has grown tired of his lack of opportunities.

Aged 27, the Englishman still has plenty to give at the top level and Dortmund would be keen on the move if the necessary funds become available.

Speaking of Borussia Dortmund and price tags, the Westphalians have slashed their asking price for Jadon Sancho.

That's according to German outlet Sport1 , which claims Sancho could be available for €85million (£74m) this summer, down from €120million (104m) last year.

The Red Devils are continuing to monitor the 21-year-old, but Liverpool have also been credited with interest in the England winger, who has 30 goals or assists this season.