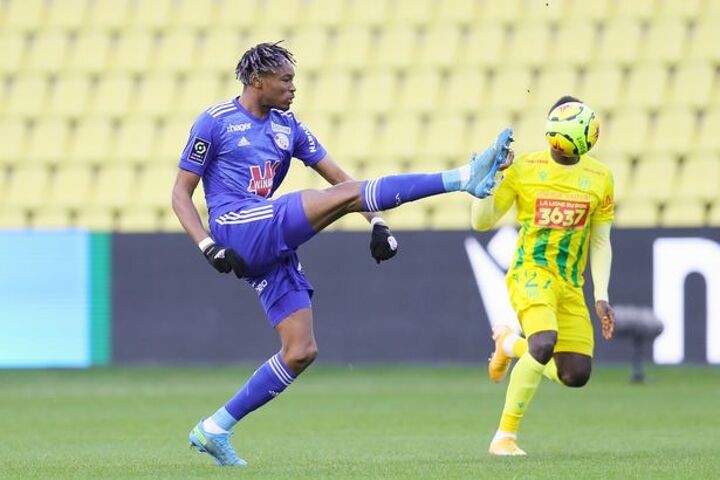 Liverpool's 0-0 draw with Manchester United means they have scored just one goal in their last four Premier League games.

The first-choice attack of Mohamed Salah, Roberto Firmino and Sadio Mane is out of sorts and summer signing Diogo Jota remains sidelined with injury.

As such, it is no surprise to see Liverpool linked with a familiar face to bolster their forward line. The Reds have long-been admirers of Adama Traore and may swoop for the Spain winger, who is reportedly unhappy at Wolves.

Meanwhile, Liverpool remain threadbare in defence and Jordan Henderson was once again forced to fill in at centre-back against United.

There is an update on the Reds' pursuit of Strasbourg's Mohamed Simakan, while Virgil van Dijk is stepping up his rehabilitation in Dubai.

Mohamed Simakan has snubbed interest from Liverpool as he prepares to move to RB Leipzig, according to reports in Germany.

Simakan, 20, has impressed at centre-back for Stasbourg this season and has been linked with a move to Anfield.

The report adds there is no formal offer for Simakan on the table yet, while AC Milan are also monitoring the situation.

Traore, 24, is keen on a move away from Wolves after a frustrating first half of the season which has seen him regularly benched by manager Nuno Espirito Santo.

Liverpool have been linked with the Spain winger for much of the past year and he is rated at £35million.

The Reds came calling at Molineux last summer to land Diogo Jota in a £41million deal.

Virgil van Dijk has stepped up his recovery from his ACL injury - presenting Liverpool with a transfer dilemma.

The Dutchman has returned to ball work for the first time since he sustained the serious knee injury last October.

Van Dijk has been training in Dubai and was pictured doing keepie uppies, giving rise to hope he could return before the season's end.

As such, Liverpool are facing a decision over whether they splash out in the January transfer window for a new centre-back - only for that player to fall straight back down the pecking order when the likes of Van Dijk and Joe Gomez return to fitness.

The promising progress Van Dijk is making on his long road to recovery may explain the Reds' reluctance to bid for a new central defender in the January window so far.