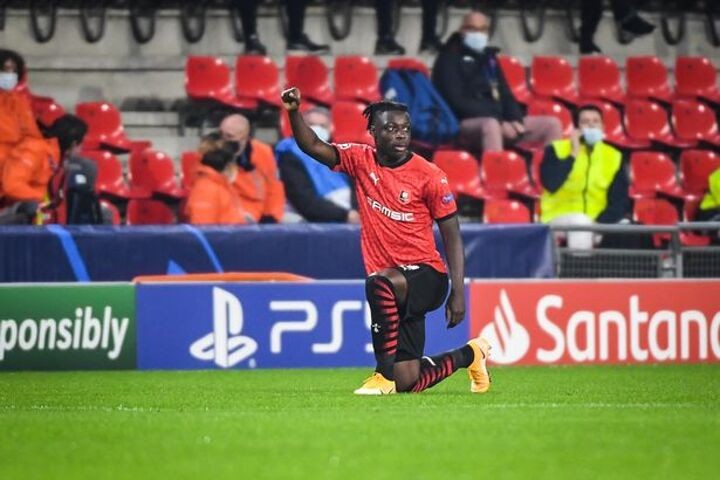 Liverpool were defeated by Atalanta on Wednesday night and now must travel to Brighton for an early kick-off on Saturday.

It is a punishing schedule if their full squad were fit and healthy, but Jurgen Klopp is currently without 10 first-team players.

As some important pieces of his first-choice team including Joe Gomez and Virgil van Dijk are long term absentees, Klopp may look to strengthen his options in the January transfer market.

There’s always a steady stream of rumours linking players with moves to Anfield anyway, so here’s a look at some of the top Liverpool transfer stories which are currently doing the rounds.

There are few managers around who are happier to put a young player into their team than Klopp; ‘If they’re good enough then they’re old enough’ is the Liverpool manager’s mantra.

One 18-year-old reportedly on the Reds radar is Jeremy Doku of Rennes.

The Belgian, who started his side’s Champions League loss to Chelsea on Tuesday night, is reportedly viewed as a potential back up to Liverpool’s attack.

That’s according to Het Laatste Nieuws who have claimed “his profile appeals to Liverpool” even though the club chose not to make a move when he left Anderlecht in the summer.

A January move might come too soon, but this might be one to watch in the long term.

Kabak off to Italy?

You’ll have already heard that Liverpool are interested in signing Schalke defender Ozan Kabak, but reports from Italy are claiming that the Reds may have to look elsewhere in their search for a new centre-back.

According to Tuttosport, Milan have already made contact with the 20-year-old’s agent, with a view to whisking him off to Serie A in January.

It has also been recently reported that his price tag has been slashed to just €25m too, so whether he ends up at Anfield, San Siro or somewhere else, Kabak will probably be on the move soon.

Move for Real Betis defender off

Algerian centre-back Aissa Mandi has reportedly caught the eye of Liverpool, and rumour has it that the club have even gone as far as to speak to his agent.

As the player is out of contract at the end of 2020/21, he would be free to line up a lucrative summer move as soon as January rolls around.

However, Estadio Deportivo have reported that his club Real Betis have offered the 29-year-old a new long term deal and it looks likely that he will sign it.

Another defensive target bites the dust for Liverpool, it seems.