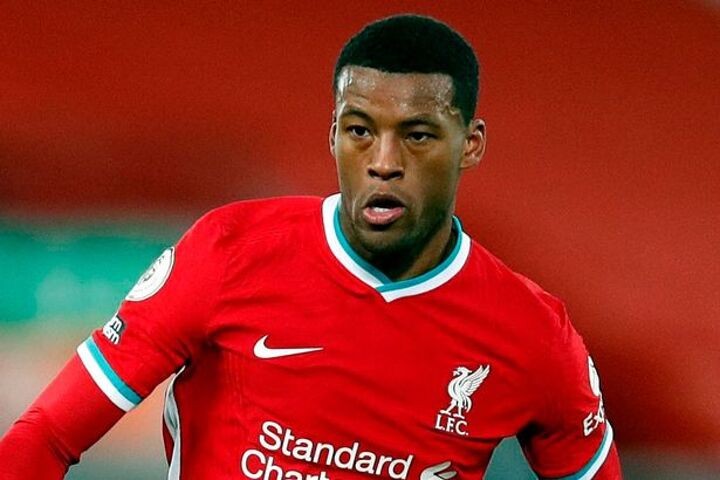 Liverpool are expected to have a quiet January transfer window, with Jurgen Klopp and Michael Edwards set to concentrate on the summer window rather than make any signings this month.

The Reds had been tipped to go after a new centre-back after the injuries suffered by Virgil van Dijk, Joe Gomez and Joel Matip, but that now seems unlikely.

Bayern Munich's versatile man David Alaba has been linked with a move after refusing a new contract, but Real Madrid are set to win the race for the Austrian defender.

It is also up in the air whether Georginio Wijnaldum will sign a new contract, which we have an update for.

Here is Friday's Liverpool transfer round-up with the latest rumours.

Georginio Wijnaldum has put pressure on Liverpool to update the world on his situation amid the contract stand-off at Anfield.

Mirror Sport revealed Wijnaldum's plans to snub Liverpool's last-ditch attempt to keep him at the club in favour of a move to Barcelona.

Netherlands international Wijnaldum, who joined Liverpool from Newcastle in 2016, is ready to move to Barcelona on a free when his contract expires at the end of the season.

Dutch sources confirmed the Liverpool midfielder's stance, saying: "Barcelona has always been a big draw for him. It's a similar situation to when Gareth Bale left Tottenham for Real Madrid in that it is his ultimate destination."

Liverpool are looking at Bayern Munich teenager Jamal Musiala, with the 17-year-old yet to sign a new contract at the European champions.

Musiala was promoted from the under-19 side to the first-team squad last summer after looking impressive in the youth ranks.

The teenager apparently wants £100,000-per-week, a salary Bayern are unwilling to come near, reports in Goal say.

Liverpool aren’t the only side eyeing up Musiala though, with Manchester City and Manchester United also interested in signing him.

Liverpool are reportedly weighing up a move for RC Lens centre-back Loic Bade ahead of a potential summer swoop.

That is according to French outlet Le10Sport, who claim that the Reds have been actively sounding out a possible transfer at the end of the season.

Klopp’s options at centre-back have been heavily depleted this season due to the injuries to Virgil van Dijk and Joe Gomez.

Many believe Liverpool need to bring in a centre-half this month, but any move for Bade is not expected to happen until the next transfer window.