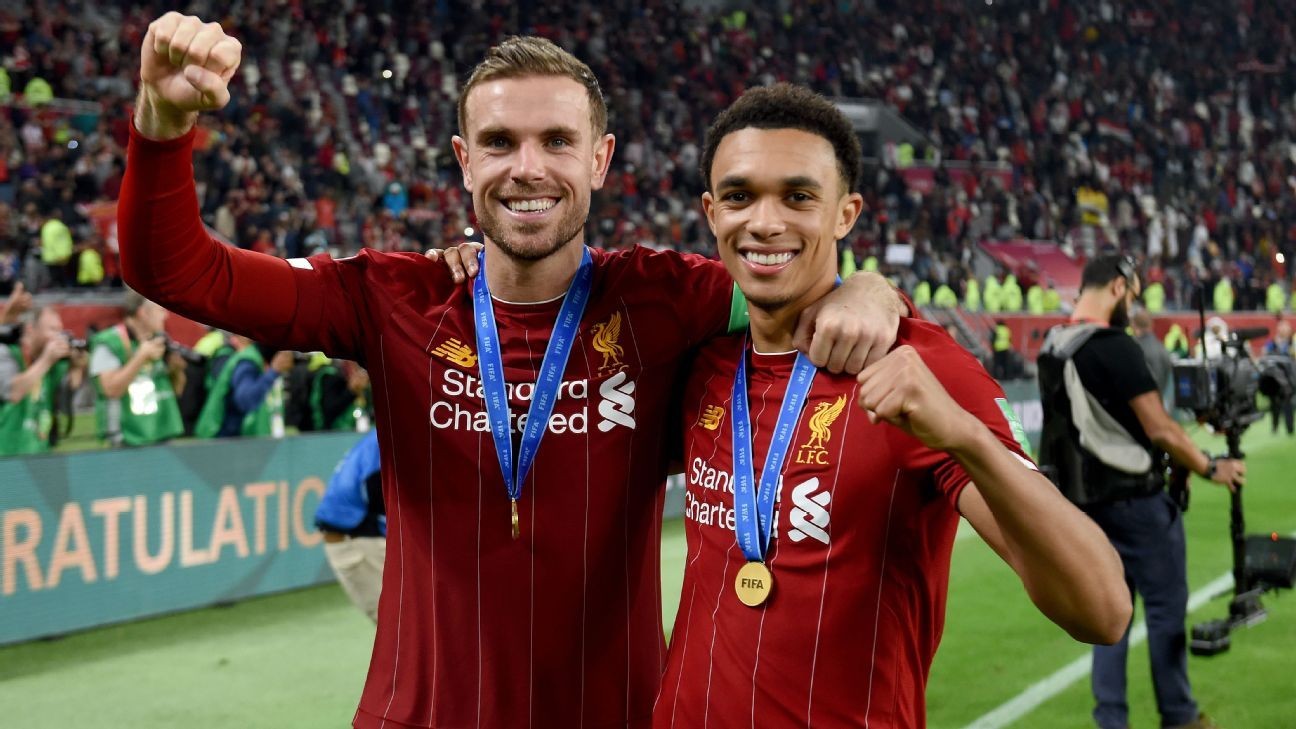 Champions Liverpool dominated the Premier League's nominations for Player of the Season award with Jordan Henderson, Sadio Mane and Trent Alexander-Arnold among the seven nominees.

Liverpool manager Jurgen Klopp is up for Manager of the Season.

Joining Klopp on the shortlist for Manager of the Season are Sheffield United's Chris Wilder, Leicester's Brendan Rodgers and Chelsea's Frank Lampard.

Alexander-Arnold, Liverpool's star fullback, is also up for Young Player of the Season alongside Chelsea's Christian Pulisic, while captain Henderson will be looking to make it a personal award double to cap a remarkable 12 months.

• Notebook: Mbappe over Ronaldo for PSG
• Pulisic, Rashford up for Prem award
• Liverpool trio up for Prem Player of the Year
• Sources: Auba to pen mega Arsenal deal
• US teen Konrad in Barca squad for UCL
• Bolt: I didn't get fair chance as footballer
• Barca target Garcia rejects City contract

Mane finished the season with 18 goals and seven assists, while teammate Mohamed Salah hit the back of the net 19 times.

De Bruyne had a remarkable campaign for Manchester City, registering 20 assists -- which tied him with Thierry Henry's Premier League record.

He also chipped in with 13 top flight goals for Pep Guardiola's side.

Vardy won the league's Golden Boot with 23 goals while Ings finished just one strike behind him on 22 goals.

Pope narrowly missed out on the Golden Glove after registering 15 clean sheets, one off eventual winner Ederson.

Klopp will likely be front-runner for the Manager of the Season gong, but will face stiff competition from Wilder, who steered Sheffield United to the brink of a European spot as they finished in ninth.

Rodgers guided Leicester into fifth and a spot in the Europa League while Lampard enjoyed an impressive first year with Chelsea as they made the FA Cup final and finished in fourth.