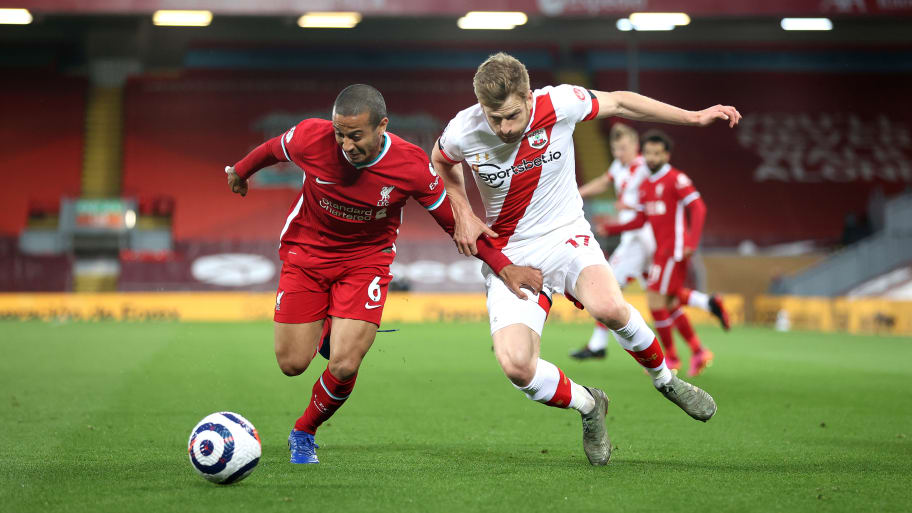 Liverpool return to Premier League action this weekend looking to put pressure on Chelsea and Manchester City above them.

Southampton, meanwhile, are looking to pick up points in the middle of the table after mini-unbeaten run came to a surprise end last weekend when they faced Norwich.

This is everything you need to know about the game...

How to watch Liverpool vs Southampton on TV/live stream

Jurgen Klopp has new no new injury concerns ahead of this one, expecting to have the same players who were in the squad against Porto in midweek available again.

Stuart Armstrong appears to be Southampton's only confirmed absence here because of an ongoing calf strain.

Jack Stephens is back in training, although Ralph Hasenhuttl will not rush him back into the team after two months out. Nathan Redmond and Moussa Djenepo are also available again.

Liverpool have dominated in this fixtures in recent seasons, winning seven of the last eight Premier League meeting between the clubs - scoring 19 goals in the process and conceding only three.

Southampton did win 1-0 against Liverpool at St Mary's last season, but that is their only league win against the Reds since March 2016.

Anything other than a Liverpool win would be a surprise here. Klopp's side overcame their recent blip by blowing Arsenal away last weekend and made it five wins from five in what could have been a tough Champions League group in midweek.

Southampton were on a decent run of form before losing to Norwich last time out, taking 10 points from a possible 15 in the last five Premier League games, but this will be too much for them.