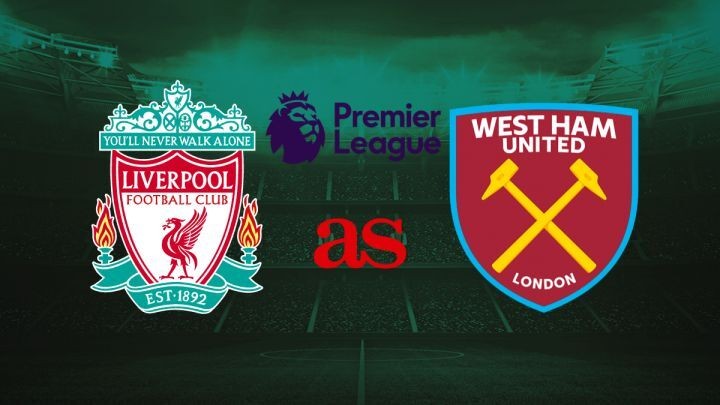 All the information you need to know on how and where to watch Liverpool host West Ham United at Anfield (Liverpool) on 31 October at 17:30 local time (18:30 CET).

Saturday 31 October 2020. It's another year when Halloween will be celebrated - albeit in much more modest and restricted ways - and football continues to capture the imagination over the holiday weekend.

This is no more true than in the English Premier League and reigning champions Liverpool will be hoping to put some of their recent defensive scares behind them and frighten the bejesus out of visiting West Ham United with their, at times, unplayable attacking options.

After the 2-2 draw away to local rivals Everton - a game in which they can feel hard done by in numerous ways - Liverpool have won three on the bounce. Victories away to Ajax in the Champions League and then triumphs over Sheffield United and Midtjylland at Anfield have restored more belief, after what can almost certainly now be called a freakish result against Aston Villa. That said, key injuries have some Reds fans concerned.

There was a reason that Alisson and Virgil van Dijk were brought to the club for record transfer fees. Jürgen Klopp's side were close to the finished article but not quite. They changed that. With the Brazilian number one out, it was certainly a huge setback to then lose the defensive leader, the one that permits so much of the German coach's desired gameplay to function.

Alisson made a welcome return to his position midweek but another blow was dealt when the versatile Fabinho (covering admirably at centre half) picked up an injury. He'll miss this game and possibly more, which is far from ideal for The Reds whose next three matches are Atalanta, Man City and Leicester City.

With wins over Leicester City and Wolverhampton Wanderers, as well as recent draws against Manchester City and Tottenham Hotspur - the latter after being three goals behind - David Moyes’ side will be feeling confident about their chances at Anfield. They may have to look as far back as the 2015/16 FA Cup to find their last win over Liverpool, but this could be their opportunity.

Michail Antonio has been in impressive form for the Londoners but he has been ruled out of this fixture after picking up an injury in the game against City last week. Sebastien Haller is therefore likely to be given the main attacking role against a weakened defence.

The Hammers may feel that they have as good a chance as anyone of ending a Liverpool unbeaten home run that stretches back to April 2017.

What time does the Liverpool vs West Ham United match start?

Where can I watch Liverpool vs West Ham United?

No matter where you are on the planet, you can see what channel the Liverpool vs West Ham United match is available on here.

Is the Liverpool vs West Ham United game online?

Liverpool vs West Ham United is available in most nations through the rights holders’ online platform, if they have one. The best option is to check who is showing the game in your country and if they have an online service or Ios/Android app to watch it on.

For example, in the US you can watch the Premier League on Peacock.

You can also follow our live text commentary, with all the key statistics, here on AS English.