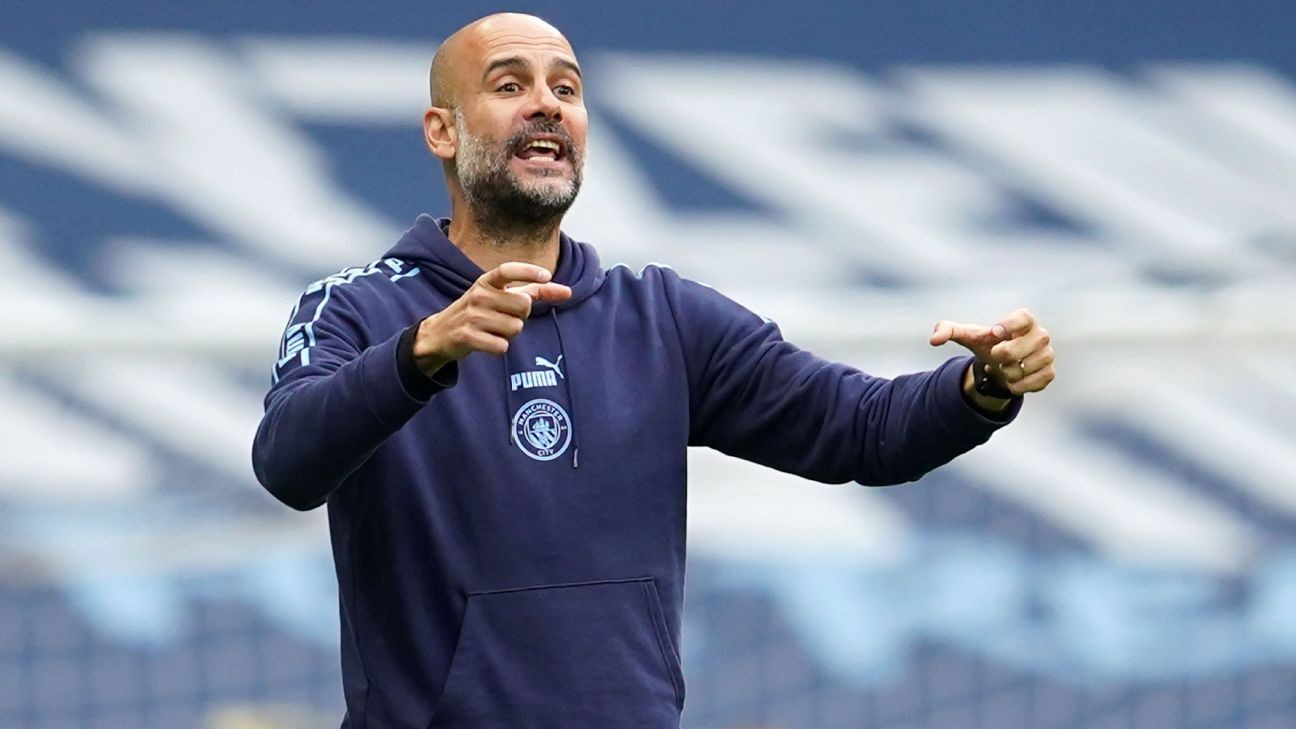 Manchester City head coach Pep Guardiola has said Liverpool's failure to reach 100 points is a reminder of how impressive his side's feat was in 2018 but has insisted it should not detract from Jurgen Klopp's achievement this season.

Defeat at Arsenal on Wednesday ensured that Liverpool will fall short of City's record, set during the 2017-18 campaign, but Guardiola has said their title rivals have still been "incredible" this season.

"From my point of view it doesn't cancel the league that Liverpool have done," Guardiola said. "If it's 99 points or more, it's been incredible. We congratulate them.

"Always I thought that the record is there to be broken and one day it will happen, but always 100 points is not easy, nothing has changed.

After claiming back-to-back titles, City have had to settle for second place this season as Liverpool won the championship for the first time in 30 years.

Guardiola's side can still finish the campaign with three trophies and next on the agenda is the FA Cup semifinal against Arsenal on Saturday (Live on ESPN+ at 13.00 ET).

"Semifinals are always difficult," Guardiola said. "Last year against Brighton, how difficult? They [Arsenal] have something special, a team spirit.

Guardiola has usually picked No. 2 goalkeeper Claudio Bravo in the domestic cup competitions but the City boss confirmed Ederson will start against Arsenal because Bravo is not fully fit.

"Claudio is a little bit injured, he was not on the bench [against Bournemouth]," said Guardiola. "He has a muscular problem and he's not able to play."

Sources have told ESPN that United States goalkeeper Zack Steffen is set to replace Bravo on the bench as Ederson's understudy.