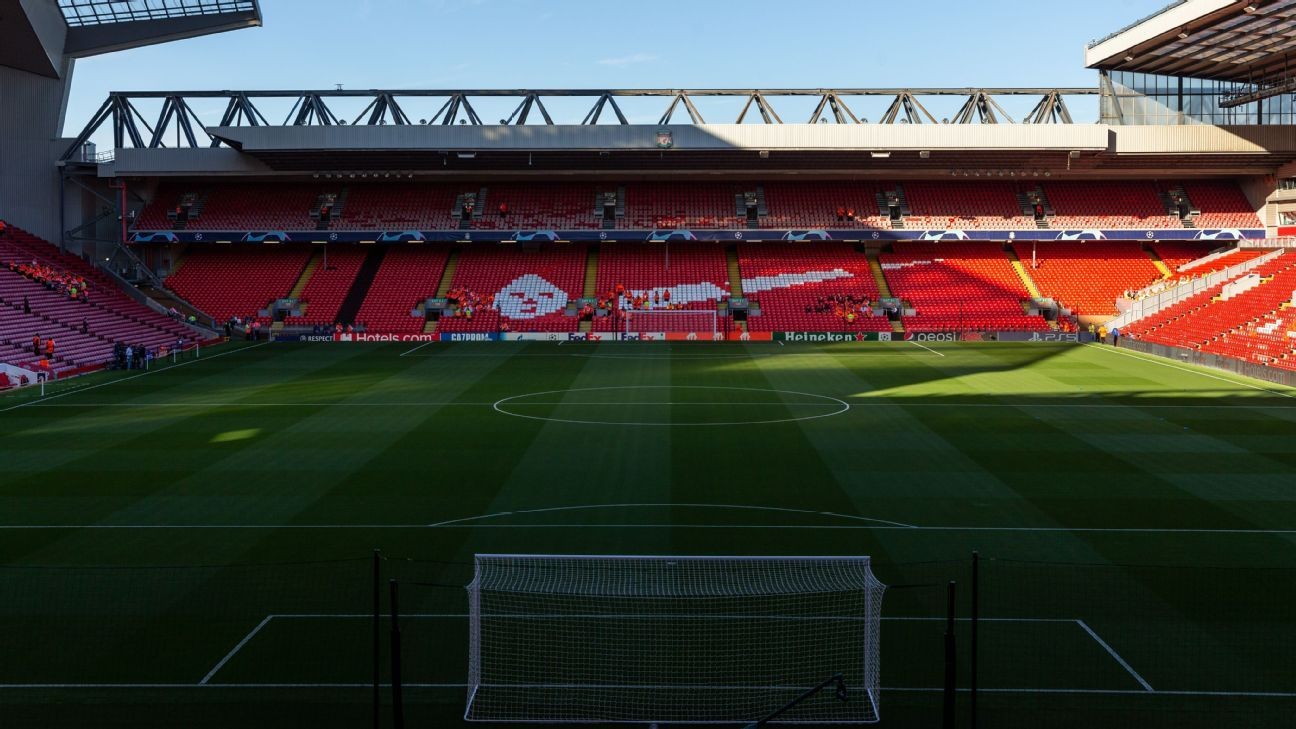 Liverpool will go ahead with the planned expansion of the Anfield Road Stand, with an official ground-breaking ceremony scheduled for next week, the Premier League side said on Wednesday.

The redevelopment of the stand will see 7,000 more seats added to Anfield, taking its overall capacity to more than 61,000 and making it the third-largest stadium in the Premier League by capacity behind Manchester United's Old Trafford and the Tottenham Hotspur Stadium.

The club in June were granted permission by Liverpool City Council to proceed with their plans. They were also given the green light to hold up to six concerts and major events at the stadium for a period of five seasons.

"We have been clear from the beginning... that we needed the co-operation of local residents... to successfully navigate the complex planning landscape, and to ensure the project is financially viable," said Liverpool managing director Andy Hughes.

"We needed certainty for this project to progress and are now in a position to be able to move forward. We began this journey in 2014 and are grateful to everyone for their contributions."

The redeveloped Anfield Road Stand, which is likely to be ready for the 2023-24 season, is expected to create around 400 new matchday roles.

Liverpool, who are second in the Premier League table, travel to Brentford on Saturday.