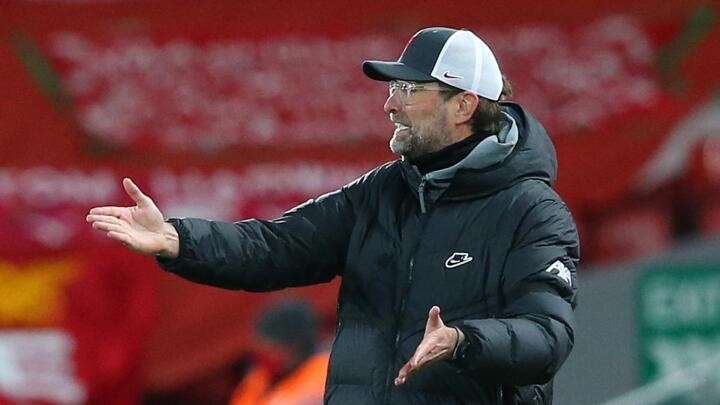 After losing the likes of Virgil van Dijk and Joe Gomez, Liverpool have now suffered another defensive blow, with Ozan Kabak struggling.

Liverpool have suffered a fresh injury blow to their depleted defensive ranks that makes Ozan Kabak a major doubt for Sunday's Anfield clash with Fulham.

Jürgen Klopp revealed the setback in a news conference on Friday, explaining on-loan centre-back Kabak complained of an issue after Thursday's 1-0 home defeat to Chelsea.

The defending Premier League champions have endured a nightmarish run of injuries to their rearguard players, undermining their efforts to be competitive this season.

After losing Virgil van Dijk, Joe Gomez and Joel Matip to long-term injuries, even stand-ins such as midfielders Fabinho and Jordan Henderson have been hit by knocks.

And now Kabak joins the extensive list, meaning Liverpool could turn to Nat Phillips or Ben Davies for the visit of relegation-threatened Fulham.

"Ozan had yesterday after the game a little problem," Klopp said. "[He has] played now a lot of games and we will see if he's ready for Fulham. It doesn't look like it at the moment, so we will have to find solutions."

Liverpool have lost five successive home matches in the Premier League, a bewildering statistic given they previously went 68 games unbeaten at their famous stadium. They have also failed to score from any of their last 99 non-penalty shots at Anfield in the league, taking spot-kicks and own goals out of the equation.

They face Fulham at Anfield on Sunday, having lost only once to the Cottagers in 23 previous top-flight home games, a 1-0 defeat in May 2012 under Kenny Dalglish, a fortnight before the Scot was sacked.

It seems inconceivable that Klopp would go the same way should his team lose to Scott Parker's improving side, who are unbeaten in their last seven on the road in the Premier League, but Liverpool's season is unravelling at a dramatic rate.

Liverpool have kept a clean sheet in 11 of their 14 Premier League home games against Fulham, shipping just one goal in each of the other three meetings, yet such has been his team's form that Klopp pointed out Sunday's visitors have gathered more points of late than his Reds.

Although Fulham have won just two of their 26 away league games against reigning top-flight champions (D3 L21), beating Ipswich Town 1-0 in March 1963 and Manchester United 3-1 in October 2003, rarely will they have fancied such an occasion quite like they may see Liverpool as ripe for picking off this weekend.

Asked whether he felt a dip from his team had been inevitable, Klopp said: "I don't think so. I think the most difficult league to stay on top of everything is England.

"It could happen, there's one team who maybe has everything for it: the team, the players, the manager, the money - it's Man City.

"The rest have to fight with all you have to get close and when you're close enough you can maybe make it like we showed last year.

"But there's a big difference between the situation we are in now and the situation that could have happened, coming second or third or whatever in a year where it's not perfect for you.

"Our situation is different. We all agree it's a really strange one, injury-wise, and football is more of a rhythm game than people might think.

"That shows why it will be difficult for us. Of course, the job you have to do is fight with all you have to get results. Maybe not with your absolute best football, but results anyway. That's the point where we didn't do well enough, because we didn't get results.

"We lost even games where we were good. We are very self-critical, we take and face all the criticism. We cannot change the past, the only thing we can try to change is the near future."