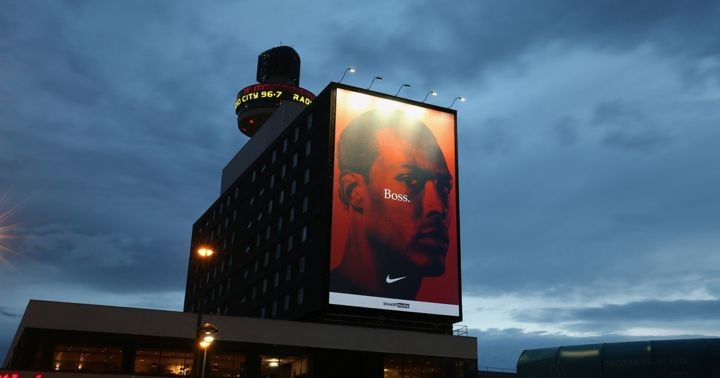 Liverpool and Nike joining forces from the 2020/21 season onwards is a collaboration that has excited Reds fans around the world.

The American sports giants had been desperate to be aligned with Liverpool for many years.

But Nike had to wait until New Balance's contract as kit manufacturers was concluded before they could swoop in.

Even then, it took a court battle to get the deal over the line, with New Balance adamant that they had first refusal if they could match Nike's offer.

However, the global pandemic that has brought normal life to a halt was hardly part of the plan for the sportswear giants and the Reds.

As Kieran Maguire from the University of Liverpool's football finance department explained on a Blood Red podcast special, Liverpool could still miss out despite the deal coming just ahead of the period of economic turbulence.

He said: "The way that the deal has been structured appears to be that Nike are offering a lower guaranteed fee but a much higher commission on every shirt sold.

"Liverpool might be a little bit twitchy now because four million people could be unemployed in the UK at the end of this calendar year and many won't be able to afford new kits.

"Liverpool might be getting 20 per cent of nothing from some people, and if a lot of people don't buy the kit, then the volume of kit sales is likely to fall until we have greater social interaction.

"What's the point in spending £50-60 on a shirt when the only people who can see you are your friends on Zoom, or your wife or whoever is going to be in the back garden?

"On an individual level, do you want to be spending £70-80 on a brand-new version of kit when your peers are being furloughed?

"It could be that conspicuous consumption of any form, either at club level or individual, actually becomes socially unacceptable."

It is understood that Liverpool's new deal is structured so that the club get a lower set fee from Nike each year than under its previous agreement with New Balance - but earn a greater percentage from sales.

Nike promised they can offer a greater number of stores worldwide in which to sell Reds kits compared to the number of New Balance stores.

But if people - particularly in Europe, where the pandemic has hit hardest - are still restricted for the next few months, either in being able to interact with others, or economically, then Liverpool's commission earned will decrease on the figures they had been anticipating.

The upside for the Reds is that long-term, should the economy return to normal, their deal with Nike will return to its most lucrative level, though that could be some time off yet.

The agreement came at the right time in terms of coronavirus potentially putting it at risk from taking place at all, but in the short-term, like many other revenue streams, Liverpool could be set to miss out.