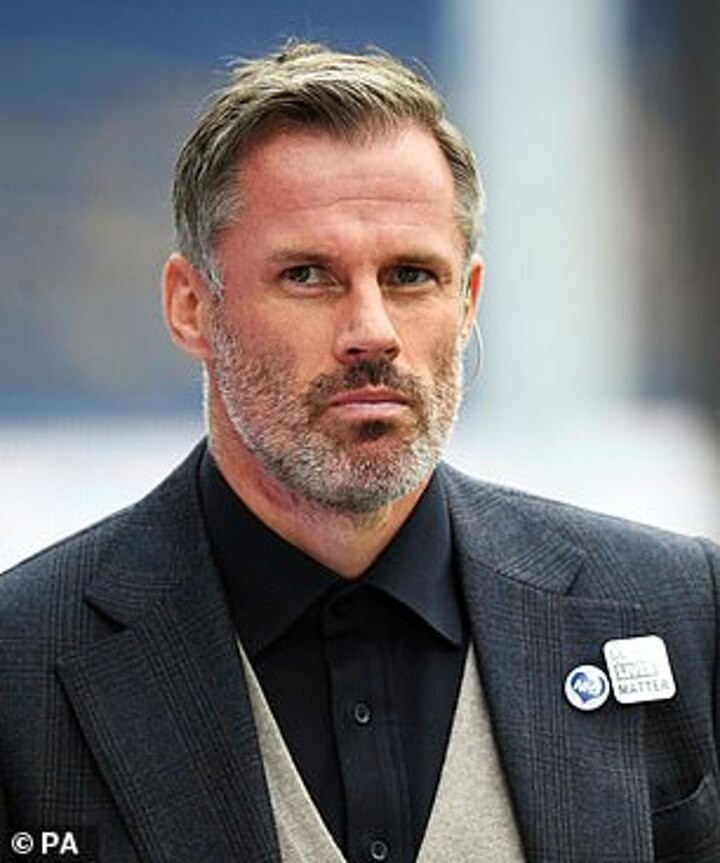 Jamie Carragher insists Liverpool's current plight may get worse before it gets better after the Reds' slumped to a shock defeat to Burnley on Thursday night.

Ashley Barnes' 83rd-minute penalty gave the Clarets all three points at Anfield, breaking a 68-game unbeaten run at home in the Premier League stretching back to April 2017.

After five league games without a win, Jurgen Klopp's side are also six points off league leaders Manchester United and former Reds centre back Carragher pinpointed a number of different reasons as to why the champions have suffered such a drastic drop in form.

'I said then I did not think Liverpool could win the league unless they had a new centre-back in place on January 1,' Carragher told The Telegraph.

'They needed one before Joe Gomez was injured. His and Joel Matip's appearance record was informative of that.

'Frankly, it is preposterous that three months on and with the transfer window now open, Klopp felt compelled to use Jordan Henderson in the position against Manchester United. And although Fabinho has been outstanding, he would be more influential in midfield. It has caused a chain reaction throughout the team.

'Maybe the club thought Klopp is so good he can overcome any situation. If so, the last few weeks are a reality check for them.'

It doesn't get any easier for the Reds, as they travel to face United in the FA Cup fourth round on Sunday before matches against Tottenham, Manchester City and Leicester in the next month.

'Liverpool’s fixture schedule shows the situation may deteriorate before it improves...' Carragher added.

'We will know by the end of February if Liverpool are still fighting for the title or to stay in the top four. Klopp may be prepared to accept all the burden, but when the tools he needs are unavailable - or worse still are not provided when needed - it is his to share.