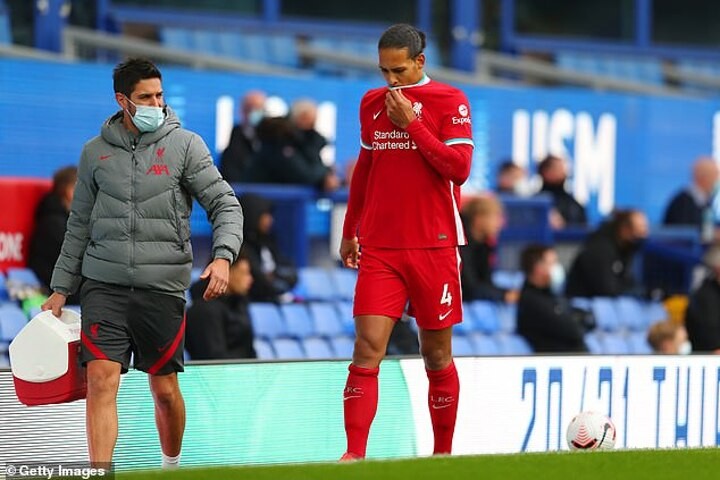 LIverpool's worst fears have been realised after they confirmed the devastating news that Virgil van Dijk has suffered anterior cruciate ligament damage.

Though Liverpool would not categorically rule the Holland international out for the rest of the season, it is unlikely he will play again.

The grade three tear that Van Dijk has suffered - which was revealed during a scan on Saturday night - will require surgery to be corrected but Liverpool do not have a date for when the operation will be performed. For that reason, they will not put a timeframe on his recovery programme.

What is clear, though, is that Liverpool will be all the poorer for being without Van Dijk, whose performances since he signed in January 2018 have been a key reason why they have won the Champions League and Premier League in recent seasons.

Jurgen Klopp, Liverpool's manager, is yet to speak about the blow of losing the 2019 PFA Player of the Year and will only do so on Monday night in the press conference to preview his side's opening Champions League fixture against Ajax in Amsterdam.

There is certainly a deal of anger within Liverpool's squad about the nature of Pickford's knee high challenge, as it was so high and late.

The Everton goalkeeper is understood to have attempted to make contact with Van Dijk but has yet to speak to him directly.

Pickford spoke to Liverpool captain Jordan Henderson at Goodison Park immediately after the game to pass on his apologies but whether they have been accepted is another matter and the 26-year-old may yet receive a retrospective FA charge.

Michael Oliver, the match official on Saturday, did not have a clear view of the incident while David Coote - who VAR for the game, which ended 2-2 - chose not recommend that Oliver go to the pitch side monitor for a second look at the challenge.

Liverpool were so incensed by Coote, who also ruled out what would have been an stoppage time winner from Henderson, that they have demanded a full explanation into how he came to the decisions around Pickford and adjudging the Sadio Mane was offside.

Carlo Ancelotti, Everton's manager, defended Pickford's erratic performance but speaking on Sky on Saturday Graeme Souness did not hold back when expressing his views on what he thought about the incident.

Souness said: 'It's outrageous. For me, it's: wow. These people, who make these decisions, who look at that and talk about offside, I just don't get it.

'I've been to Stockley Park, it's nigh on impossible to make a mistake. And they still get it wrong. That was an assault. Not a tackle - an assault.'

Thiago Alcantara, the Liverpool midfielder, also underwent a scan on his knee on Saturday. He was injured following a tackle that led to Richarlison being sent-off but it not serious.