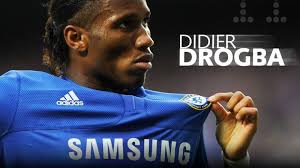 Major League Soccer, once a laughing stock in the 1990s, has finally become attractive. The league now is able to sign players from various European Leagues, even though a few are veterans who are on the level of retirement.

Like the saying 'wherever there is life' be sure to find an African footballer there. Players from Africa can be found everywhere the coveted leather ball is kicked from Afghanistan to Tonga; therefore the growing number of Africans in Major League Soccer is not surprising.

Major League Soccer since its rebranding in 1996 has seen a major increase in the number of African players in the competition. As far back as 2003 you could only count 10 African soccer players in the league. That number rose to 32 in 2009 and this current season it has increased to 37. Ghana has 11 nationals in MLS, the highest of the African contingent in the league with the closest being Nigeria who have 5 representatives. Despite being released today, Egypt was the latest African country to have a player in MLS with Amro Tarek, who made a substitute appearance for Columbus Crew on April 16th, 2016.

Notable amongst the Ghanaians are 4 full Internationals in the names of Afful Harrison, David Accam, Gideon Baah and last season's goalkeeping sensation Adam Larson Kwarasey, who won the MLS Save of the Year aside from helping his club, the Portland Timbers, to winning the MLS Cup. Another Ghanaian player doing well in Major League Soccer is Kwadwo Poku of New York City FC. From the day he netted a hat-trick in a 4-3 win over Real Colorado Foxes in the first round of the US Open Cup, he has never looked back. In the 2015 season he formed a brilliant midfield partnership with Italy legend and World Cup winner Andrea Pirlo. Poku's performance didn't go unnoticed as he was selected among the best young players in MLS, aged 24 and below. He had expressed his desire to feature for both the Black Stars of Ghana and the Yankees of USA, but Ghana seem to have tied him down after he featured for the Stars in an international friendly against Canada.

Nigeria is also strongly represented in MLS by Fanendo Adi of the Portland Timbers, Stephen Sunday of Real Salt Lake and Kennedy Igboananike of the Chicago Fire. In the entire league there are few 6-foot-4 target strikers with the nimble feet of the 25 year old Nigerian Fanendo Adi. The tall, prototypical No. 9 is a true menace around the area, constantly popping up in dangerous spaces with a key strike or header. So far, he has scored 31 goals in 65 MLS appearances, but none of his achievements eclipse his playoff performances that helped the Timbers win the MLS Cup last season. This season he has already netted 7 goals in his first 9 games of the season. Fanendo Adi is keeping the Green and White flag of Nigeria high, taking on from Obafemi Martins who flourished for Seattle Sounders FC between 2013-2015. In the 2014 season Martins was one of the best players in MLS, earning a spot in the MLS Best XI of the season. He hit the back of the net 17 times in the league and provided 7 assists. The Nigerian striker made his name in MLS for the Seattle Sounders before joining the China train to Shanghai Shenhua, where his salary tripled.

It will be a sacrilege to overlook Kei Kamara when talking about Africa's influence in MLS. Born in Kenema, Sierra Leone, he had to move to the USA from a refugee camp in The Gambia in 1999 due to civil war to join his mother who had already fled the war to California in 1990. Seven years later he was registered as a player for Columbus Crew. He has since featured for three other MLS clubs namely San Jose Earthquakes, Houston Dynamo, and Sporting Kansas City. Now, back at where it all started for him (Columbus Crew), he was crowned the top scorer in the MLS Playoffs last season and earned a spot in the Best XI. The striker has 77 MLS goals to his name, 2nd only behind Chris Wondolowski amongst active players in the league.

The African contingent in Major League Soccer lacked star power till African football legend and world superstar Didier Drogba traded Europe for America. The striker settled into the league with ease, actually scoring a perfect hat-trick in his first ever start; one with his left foot, the other with his right and a header. In his first year with Montreal, he finished the regular MLS season with a 100% goal scoring record of 11 in 11 games.

With the likes of Kei Kamara, Fanendo Adi, Adams Kwaresey and Didier Drogba keeping the flag of the African continent high in Major League soccer, do expect the number of Africans in the MLS to double in few years to come.

African Countries and Their Number Of Players In MLS