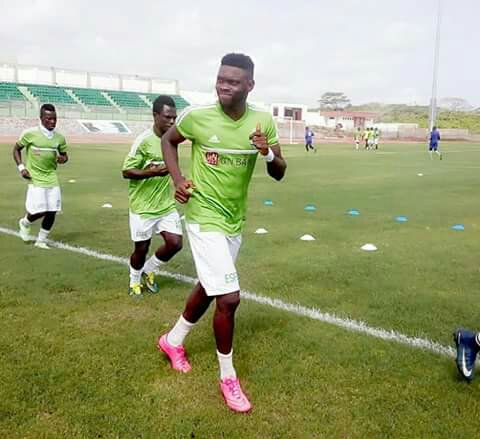 The Black Stars B defender has revealed that the former CAF Champions League winners have tabled an offer which is currently being considered by his managers.

"I signed a two-year contract with Elmina Sharks which I played one season while in Division One, so having played one more season in the Premier League, my contract with the club has ended,” he told FOX FM in Kumasi.

"I have offers from Enyimba FC of Nigeria and Accra Hearts of Oak, but comparatively Enyimba FC is ahead due to the nature of their offer. You know that football is now all about the money and I may join Enyimba FC sooner,” he added. 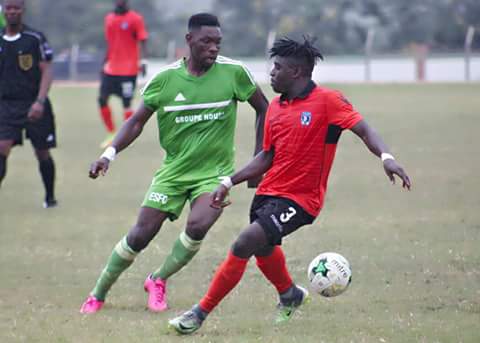 Elmina Sharks defender Farouk Mohammed(In Green)
Farouk Mohammed had a great season with the Sharks, winning MVP awards on some occasions which culminated in earning him invitation into the Black Stars B.

He was a member of the Black Stars B side that traveled to Ouagadougou for the 2018 CHAN qualifier with the Local Stallions of Burkina Faso.