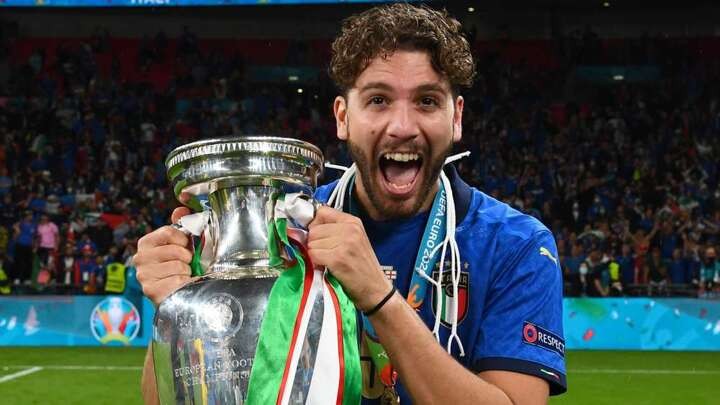 Sassuolo CEO Giovanni Carnevali has revealed that his club will soon enter talks with Juventus over the sale of Manuel Locatelli, while admitting the Italy midfielder is keen on a move to Turin.

Locatelli was one of the stars of Euro 2020 as the Azzurri took the title over England on penalties after an impressive tournament.

And he is now set to join the Serie A powerhouses after three years with Sassuolo.

“Tomorrow we’ll have a direct contact with Juventus for Locatelli," Carnevali explained to Sky Sport on Thursday.

"He wants to join Juve. We’d be happy to sell Manuel to Juve... but they need to pay the right fee."

Despite Locatelli's preference, the Sassuolo chief affirmed that Juve were not the only team interested in his services.

"Arsenal made a bid to sign him and also a new English club is now in the race," he added.

Locatelli is not the only Sassuolo player to have found himself the subject of transfer speculation this summer.

Team-mate Domenico Berardi, a fellow Euro 2020 winner, has attracted attention from Premier League side Leicester, but Carnevali is reluctant to dispense with two of his stars in a single window.

“We want to keep Berardi, he’s our top player," he stated.

"If we receive an important bid, we will discuss it and take a decision together with the player. But we’re not selling our stars later in August”.