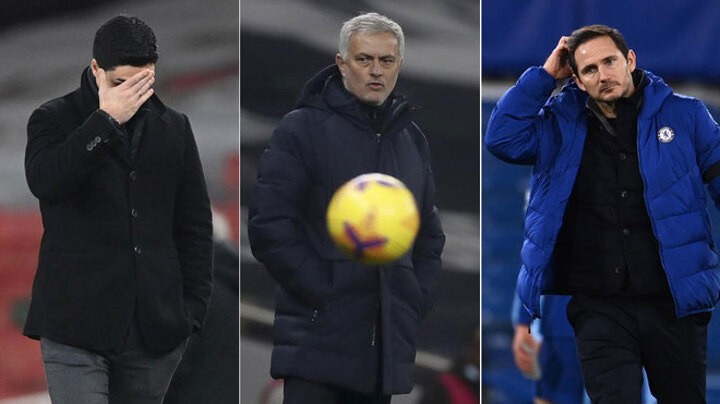 On October 26, 1863 at the Freemason's Tavern in Covent Garden, the English Football Association held its first meeting to lay the foundations of the most popular game in today's world.

Since then, 157 years have passed, but the dominance that the London teams have had in the world of football is rapidly decreasing.

Only three London teams have been declared champions since the first official league season back in 1888: Arsenal (13 times), Chelsea (six times) and Tottenham Hotspur (twice), and they have been living in the shadow of the likes of the Liverpudlian and Mancunium clubs.

This is a trend that has continued throughout the Premier League after its founding in 1992, despite the capital boasting a number of clubs involved; nine to be specific: Tottenham, Arsenal, Chelsea, Queens Park Rangers, Charlton Athletic, Crystal Palace, West Ham United, Fulham and Wimbledon.

This year's Premier League has six teams from the capital, almost a third of the clubs in the league, however only one could challenge for the title: Tottenham, who sit in fifth place.

There is no doubt that clubs from the north of England have been ruling, and since the turn of the century the London clubs have won the league just seven out of a possible 20 times.

Frank Lampard's departure from Chelsea was due to an emphatic decline from the Blues, winning only two out of their last eight Premier League matches and finding themselves in ninth position, despite being considered title contenders at the start of the year.

They had invested a hefty 245 million euros this summer, with the likes of Timo Werner, Kai Havertz, Hakim Ziyech and Thiago Silva all arriving at the club, so hope was high at Chelsea at the start of the season.

Fans were keen to win their first league title in four years, but that all seems dead in the water for this season at least.

Chelsea are also the only London club to have won the Champions League, doing so back in 2012 under Roberto Di Matteo, with the likes of Didier Drogba, John Terry, Juan Mata, Fernando Torres and Lampard all featuring against Bayern Munich, where they ran out eventual winners on penalties.

Arsenal are even further away from their glory years after not winning the Premier League since 2004, and they haven't even featured in the Champions League for four years. The Gunners are currently sitting 11th place.

On the other hand, Tottenham are performing well and Mourinho has even insisted that they are fighting on four fronts, after knocking out Wycombe Wanderers from the FA Cup on Monday night.

The likes of Harry Kane, Son Heung-min and Tanguy Ndombele are all impressing, and Spurs find themselves just seven points away from top spot with a game in hand.