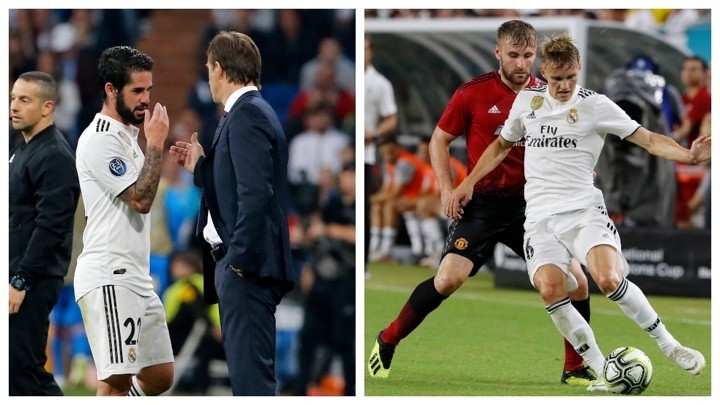 On August 21, 2018, Real Madrid announced that Martin Odegaard was going to Vitesse on loan. Julen Lopetegui had just taken over at the Estadio Santiago Bernabeu , but already had plans for the young Norwegian as he wanted to finally integrate the young star into the first team.

At the time it wasn't easy for Odegaard to get his chance at the Bernabeu. He faced the difficult task of dislodging one of Isco, Luka Modric or Marcos Asensio from the midfield. However, Lopetegui did explain that he would receive his chance and that he was firmly in his plans.

Odegaard's mind was made up, though, and he went on loan to get more playing time. He felt that he wouldn't get enough minutes to really progress as a player and show what he could truly do, and therefore decided to make the move to Vitesse.

Lopetegui liked what he saw in the then-19-year-old and would have given him playing time, but he did understand the youngster's thinking in taking up another loan spell.

Now, two and a half years later, Odegaard is coming to the Estadio Sanchez Pizjuan to play against Lopetegui's Sevilla, and he's not the only one who will bring back memories for the Basque coach.

Isco is a shadow of the player he was when playing under Lopetegui on the Real Madrid flank and Lopetegui is certainly the coach who has trusted him most throughout his career.

With rumours that Isco is on his way out of the Bernabeu, Sevilla have been mentioned several times as a possible destination for the former Malaga man. He needs a coach who believes in him unconditionally and no one else has been able to get as much out of him in his career as Lopetegui, both at Real Madrid and Spain.