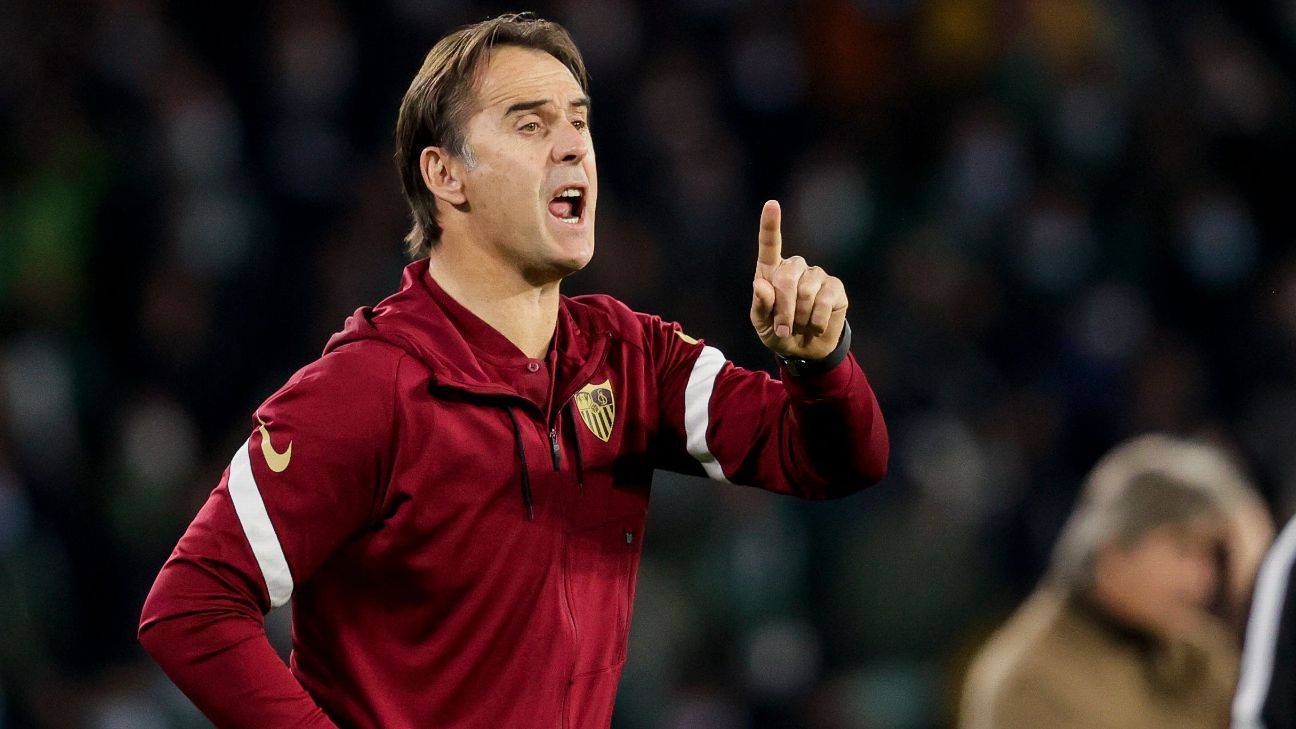 Sevilla manager Julen Lopetegui has hit out at claims that his team exaggerated the condition of midfielder Joan Jordan -- who was hit by a pole during their Copa del Rey derby with Real Betis on Saturday -- to try to get the game suspended.

The round-of-16 tie was halted in the on 39 minutes, moments after midfielder Nabil Fekir had scored for Betis to level the game at 1-1, when Jordan was struck by an object thrown from the stands.

After a long delay, the Spanish football federation (RFEF) announced the game's had been abandoned.

It was eventually completed a day later on Sunday behind closed doors -- with Jordan absent on medical advice -- as Betis won 2-1 thanks to a second-half goal from midfielder Sergio Canales to advance to the quarterfinals.

Betis players Victor Camarasa, Cristian Tello and Juan Miranda all claimed on Saturday that Sevilla had wanted to increase the likelihood of the game being suspended, with Camarasa tweeting "we all heard their coach [Lopetegui] encouraging him to 'feel dizzy and throw yourself onto the floor.'"

Lopetegui slammed the Betis players' claims, calling for focus to be on Jordan's health.

"Putting the focus where it shouldn't be seems absolutely deplorable to me," Lopetegui said in a post-match news conference.

"The focus needs to be on Joan Jordan, who is at home, who couldn't play today. He arrived at the hospital [on Saturday night] with high blood pressure. He had a head injury, and he felt dizzy."

"It seems absolutely deplorable to me that colleagues would make these kind of comments. It really bothers me.

"Either condemn [the pole being thrown] or don't. Joan wasn't on the field today. He didn't throw the pole and he didn't suspend the game. That's the reality."

Betis manager Manuel Pellegrini said he was also unhappy with how the situation was handled.

"I'm happy to be in the next round but it feels bitter too. I think a lot of harm has been done by one idiot," he said. "I don't know if a plastic tube can cause so much damage, but there has to be an investigation. Football was greatly harmed.

"On other occasions, games haven't been suspended in these cases. If everything had been managed better, the game could have been played with fans in the stands."