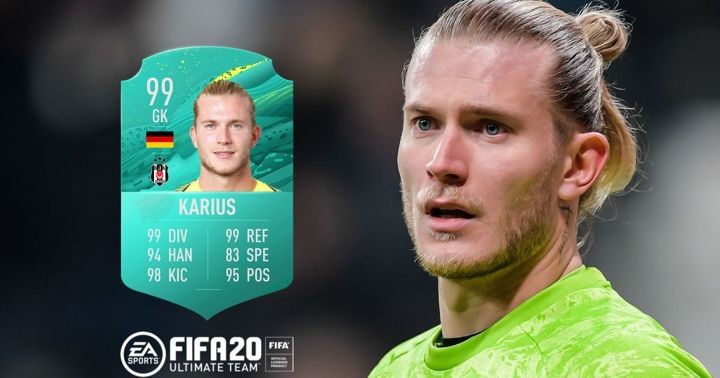 With football suspended all over the world, fans and players alike have been using virtual versions of the beautiful game to pass the time, with EA SPORTS' FIFA 20 one of the most popular football games out there.

The game has loads of game modes to keep you busy, with Career Mode, Kick Off mode, Pro Clubs and Volta Football (FIFA Street-esque) all offering interesting ways of playing football on the virtual pitch.

But the most popular game mode is Ultimate Team, where gamers can create their own custom teams with players from past, present and future, customising the stadium, ball, kit, manager and tactics to suit each individual player.

And it's clear that real-life footballers are also playing the Ultimate Team game mode whilst they are in lockdown, with one eagle-eyed gamers spotting that he matched with Liverpool owned goalkeeper Loris Karius, currently on loan at Besiktas, on the game.

Here is Karius' Ultimate Team on FIFA 20, as spotted by Reddit user AntiquusGraecus.

As you can see, the German has got an incredible team on FIFA 20 Ultimate Team, with himself in goal!

What you will notice is that despite Liverpool having a number of impressive players on the game, Karius hasn't got a single Reds player in his starting lineup, or any from Besiktas either!

Interestingly, despite having a 99-rated version of himself in goal and an incredible team, the Besiktas 'keeper actually lost the game 4-3, according to the screenshots.

So, how do we know that this is actually Karius' team? Well, if you look at the colour of Karius' card, you will see it's turqouise and is 99-rated.

These 99-rated pro cards are given out to professional footballers by EA SPORTS who are fans of the game, so that they can play as themselves in the game mode.

Here is a screenshot of an Instagram story that also confirms that this is Karuis' card in FUT 20.

What do you make of Karius' team on FIFA 20 Ultimate Team?

As well as being given a special version of themselves on the game mode, they are often given a selection of some of the best players, including Icons and other promo cards.