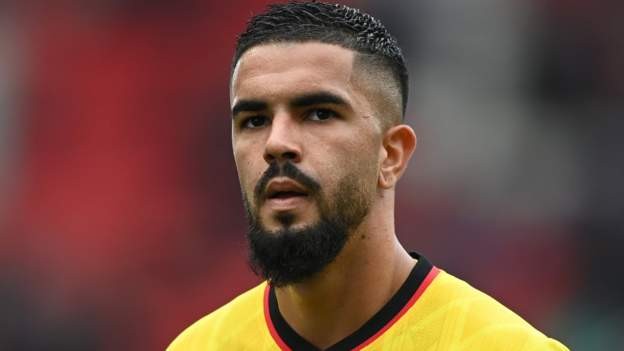 The Morocco international was charged following the Hornets' 2-1 defeat by Swansea on 5 October.

An independent regulatory commission found the charge against Louza - for allegedly spitting at a Swansea player - 'not proven' later that month but the FA appealed the decision.

However, an independent appeal board has now dismissed the appeal.

It said that the case was "solely based on one person's word against another" and that video footage "does not show the act complained of".

If he had been found guilty, Louza would have faced a six-game ban.

The midfielder is currently out of action with a broken leg sustained in the defeat at Millwall on 19 October - an injury that has seen him miss out on the World Cup.