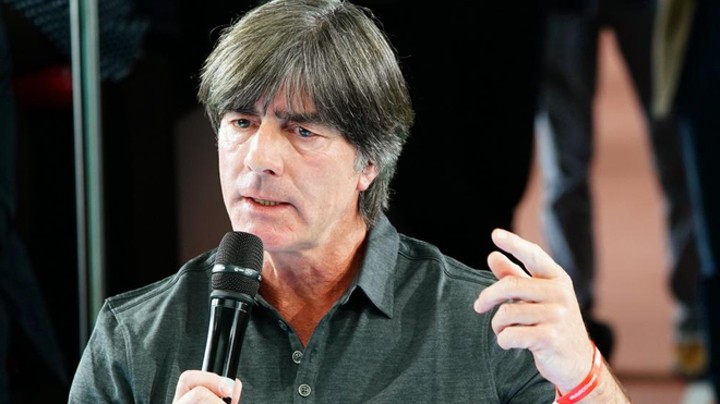 The German tactician was Jurgen Klinsmann's assistant coach at Die Mannschaft since 2004 and finally succeeded him on July 12, 2006.

For the two years they were both in charge of Germany, Klinsmann was considered to be an expert in man-management and motivation, with Low overseeing tactics and training.

Low's club career was not particularly remarkable, as he had won just a single DFB-Pokal trophy with Stuttgart in 1997 and five years later, he was crowned Austrian champion with FC Tirol.

Between the two successes, he had coached Karlsruher SC in the second tier of the German football, but was dismissed after winning one out of his 18 games at the club.

In 2000, he joined Turkish side Adanaspor where he stayed for one year without winning any silverware.

Following Germany's third place in the 2006 World Cup, the German Football Federation (DFB) gambled on Low, whom they considered ideal to lead their project.

He argued that the national team should playing attacking football, constantly aiming to create danger in front of the opposition goal.

Germany were runners-up in the 2008 European Championships, after losing to France in the final.

That was the last tournament of totems such as Michael Ballack, Torsten Frings and Jens Lehmann, with youngsters such as Philipp Lahm, Bastian Schweinsteiger and Lukas Podolski being handed the baton.

Two years later, Low led the team to all the way to the 2010 World Cup semi-finals, only to be eliminated at the hands of Spain, after having beaten England 4-1 and Argentina 4-0.

Mesut Ozil, Sami Khedira and Thomas Muller were introduced to wider audience, along with Manuel Neuer between the goalposts.

In the 2012 European Championship, they were knocked out once more in the semi-finals, but this time by Cesare Prandelli's Italy.

Die Mannschaft went to Brazil in 2014 as one of the World Cup favourites.

After thrashing Brazil 7-1 in the semi-final, they defeated Argentina 1-0 in the final to lift the trophy.

In the 2016 European Championships they lost to France in the semi-finals and two years later they were knocked out from the World Cup in Russia in the group stage.

Although the team were in decline in the last few years, the DFB decided to place their confidence in Low and the German was handed the opportunity to rejuvenate the national team.

Muller, Jerome Boateng and Mats Hummels have already retired, while younger stars such as Leroy Sane and Serge Gnabry have established themselves in the starting line-up.