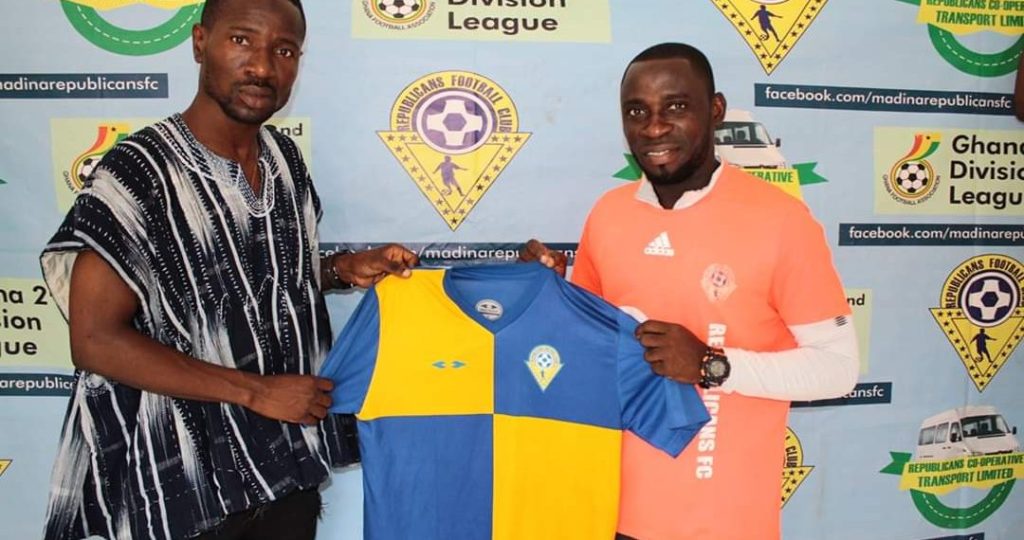 Ghanaian Division Two side Madina Republicans have announced the appointment of former youth midfielder Tuah Khemis as their new coach.

Khemis, who coached the Liberty Professionals youth side, replaces coach Kassim Mingle who departed the club a few weeks ago after ending his three-year contract.

In a statement confirming Khemis’ appointment, the club expressed delight and wished the young trainer well.

“Republicans Football Club is delighted to announce the appointment of Tuah Khemis as the club’s new head coach.

The former Hearts of Oak and Liberty Professionals striker has already started work with the club.

Khemis, who had coaching training with academy side West Africa Football Academy, is expected to build on the solid foundations laid by coach Kassim Mingle.

Khemis' most recent coaching job was at the West African Football Academy (WAFA) where he was also the U-16 coach.