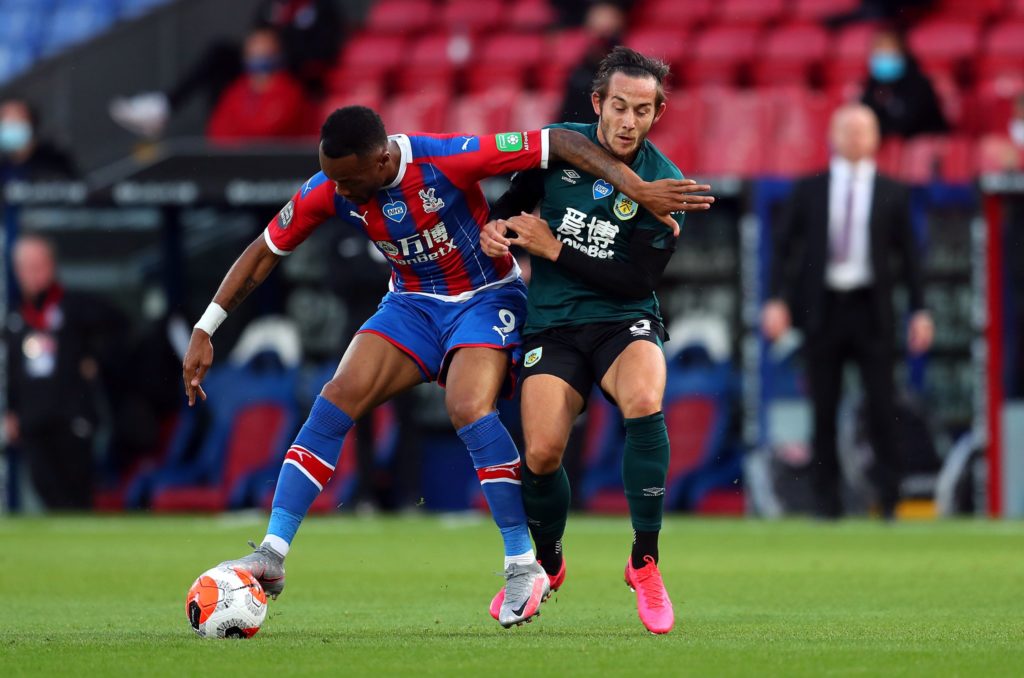 Ghana forward Jordan Ayew was fortunate to escape with a red card after a ‘stupid’ punch on Josh Brownhill during Crystal Palace match against Burnley on Monday night.

Ayew, who has been the Eagles’ live-wire this season, nearly cost his team after his illogical punch on Burnley’s Josh Brownhill.

Brownhill was trying to get to the ball but clattered into the legs of Ayew and the Ghanaian fell on the deck but quickly got up to shield the ball.

As Brownhill followed his pursuit of steal the ball, the Ghana international appeared frustrated that referee Simon Hooper didn’t award him a foul and therefore lost his temper by throwing a punch in Brownhill’s face.

Referee Hooper quickly halted the game and called for VAR review but no action was taken against the former Olympique Marseille player.

Ayew breathed a sigh of relief after Hooper’s decision as he knew it could have been worse.

Ayew had a great opportunity to restore parity for his side in the 79th minute but couldn’t quite control his header as he sent the ball over the bar.

Despite putting the Clarets under the cosh late on in the encounter, Roy Hodgson’s men failed to find the equalizer as the game ended 1-0 for the visitors.

Ayew last the entire duration of the match.

He has provided 1 assist and plundered 9 goals in 30 league games for Palace so far in the season.