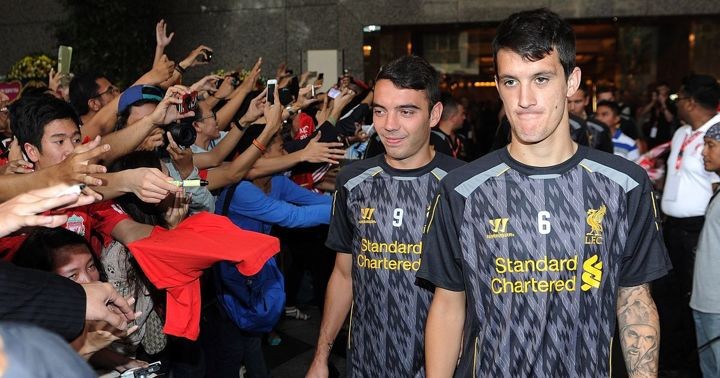 Luis Alberto has opened up on his time at Liverpool and revealed how he used to train alone at Melwood.

The midfielder joined the Reds in 2013 from Sevilla but struggled to break into the first team, making just 12 appearances in total before his eventual departure.

Alberto is now plying his trade with Lazio and, until the suspension of football last month, the 27-year-old had created 13 assists and scored four times in Serie A.

Speaking on Instagram, as cited here, Alberto revealed how he kept himself isolated away from his team-mates at Liverpool.

He said: "I wasn't mature enough at Sevilla and made the step up in quality quite late in the day.

"I didn't get the playing time I wanted at Liverpool, then I started well at Malaga and was enjoying my football at Deportivo when I got injured.

"I made the big step up at Lazio, a wonderful club. Joining Lazio was the best decision of my life.

"Nobody really knew me and that was my fault. I was training by myself at Liverpool, but changed mentality with [Juan] Campillo and took that next step."

The Spaniard has enjoyed a successful spell in Italy having won the Italian Cup once and the Super Cup twice, with the Rome-based outfit reportedly looking to renew his contract.