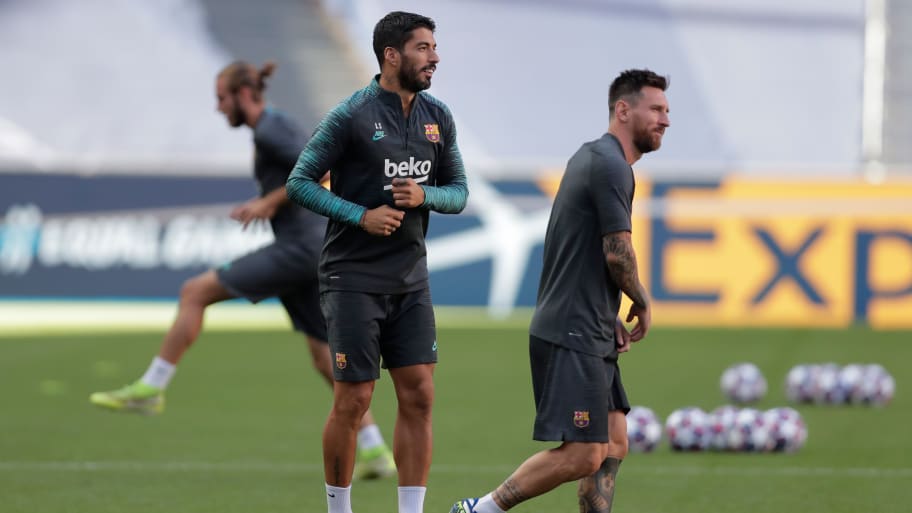 Luis Suarez has revealed he and Lionel Messi were both brought to tears by how Barcelona treated them in the summer of 2020.

At the time, the club were pushing Suarez to leave, while Messi had sent them a burofax asking to terminate his contract a year early.

Looking back on it, the Uruguayan says he was forced to train alone to demotivate both of them, and that both cried because of how they were being treated.

“I went, I showed up to train and they sent me to train separately. I suffered a lot and came home and cried because of how they had treated me. It hurt me," he told ESPN.

"It was also a message that they wanted to leave Leo alone, separate him. We had nothing to do with it, it was a mess at the club. We had a bad time, Leo suffered a lot. I had never seen Messi cry like I saw him cry at Barcelona, ​​it hurt him.

"I always had that uncertainty as to why it all happened, but then luckily I was happy at Atlético de Madrid."

Messi ultimately followed Suarez out the door a year later, leaving on a free transfer to join PSG, but it now looks like he could make a sensational return to Barcelona.

Sources have confirmed to 90min that the Spanish club are currently exploring ways to make it happen, looking into how they could finance such a transfer.

They wouldn't have to pay PSG anything given Messi's contract expires at the end of the season - the Argentine can opt into one further year in Paris if he chooses - but providing him with a new one would cost a huge amount in itself.

This article was originally published on 90min as Luis Suarez reveals Barcelona treatment brought him & Lionel Messi to tears.