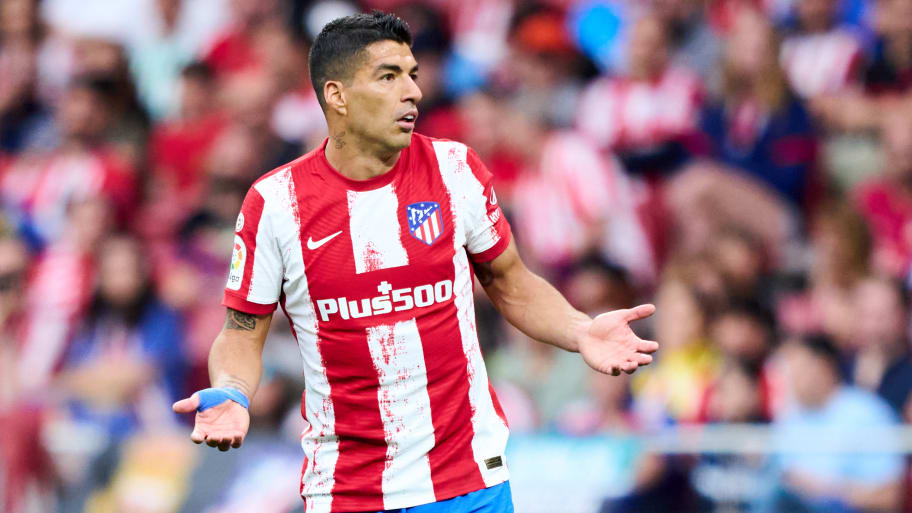 Luis Suarez is in talks with Argentinian side River Plate over a free transfer this summer, 90min can confirm.

The Uruguay international has left Atletico Madrid after his contract expired and had been keen to remain in Europe in the build-up to the World Cup in Qatar later this year.

Numerous sides have reached out to Suarez, with former Liverpool team-mate Steven Gerrard keen on bringing the 35-year-old to Aston Villa, but 90min has been told that River have emerged as favourites to get a deal done.

River have made an offer to Suarez and are now confident of getting a deal over the line, with the former Barcelona striker set to reject a number of offers from Europe in favour of a return to South America.

Suarez recorded his lowest goal tally in a La Liga season last year, netting just 11 times in 35 appearances for Atletico. His previous lowest was 16, which he managed in both his first and last year with Barcelona.

With competition for minutes fierce in the Uruguay setup - Darwin Nunez, Edinson Cavani, Maxi Gomez and Agustin Alvarez are all looking for a spot at the World Cup - Suarez is keen to play regular football to ensure he remains in manager Diego Alonso's thoughts.

Suarez was left out of the Uruguay squad for the recent internationals, although the country's FA cited both fitness reasons and the striker's search for a new club as reasons for his omission.

Should his move to River go through, Suarez would fill the void left by the departing Julian Alvarez, who will join Manchester City this summer.

River are also set to lose young midfielder Enzo Fernandez, who has snubbed Wolves' advances in favour of a move to Benfica.

This article was originally published on 90min as Luis Suarez: River Plate emerge as favourites to sign striker after Atletico Madrid exit.