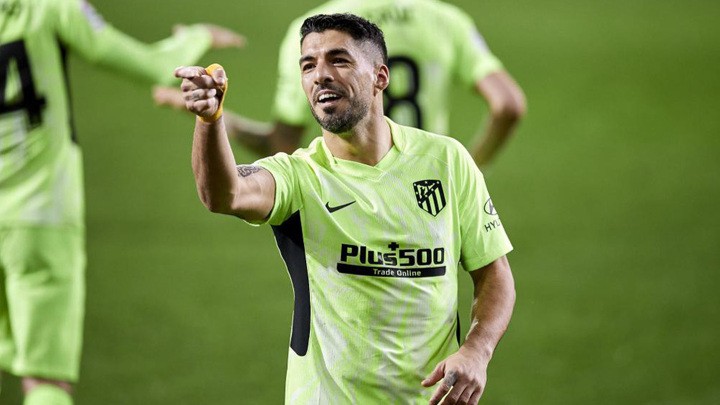 Three of Atletico Madrid's last four victories have had Luis Suarez right at the heart of them, the most recent of them being the 2-1 win at Eibar where the Uruguayan scored the equaliser, won a penalty and then converted from the spot to take all three points back to the capital.

Diego Simeone needed a finisher and he has one, with Suarez now joint-top scorer in LaLiga Santander with 11 goals.

It was Barcelona who gifted Suarez to Los Rojiblancos last summer, after it was decided that the No.9 wouldn't play for the Catalan club any longer.

Simeone explained to Suarez that he would have a starring role at the Estadio Wanda Metropolitano and Atletico made space for the striker, at which point Barcelona decided that they wouldn't pay off Suarez's contract only for him to land with a direct rival.

Despite that realisation, though, Suarez was then allowed to join Atletico for a modest transfer fee. The capital city side will have to pay six million euros - 3m euros per season over 2020/21 and 2021/22 - if they reach the Champions League quarter-finals.

This was Josep Maria Bartomeu's way of trying to convince Barcelona fans that Suarez wasn't being given away to a rival for nothing.

Yet Barcelona were to pay 6m euros of the 14m euros net that Suarez had agreed for this campaign.

Atletico now have a goalscorer, while Barcelona don't have a natural centre-forward who can consistently produce the goods like Suarez has been doing.

They're relying on Lionel Messi once again, with the Argentine incredulous at the way Suarez was allowed to wear red and white.

"It seems crazy to me what they did with Suarez," he said in his interview with Jordi Evole.

"He went for free and they paid the years of his contract, giving him to a team who'll fight for titles against us."

Many Barcelona fans are thinking the same thing.