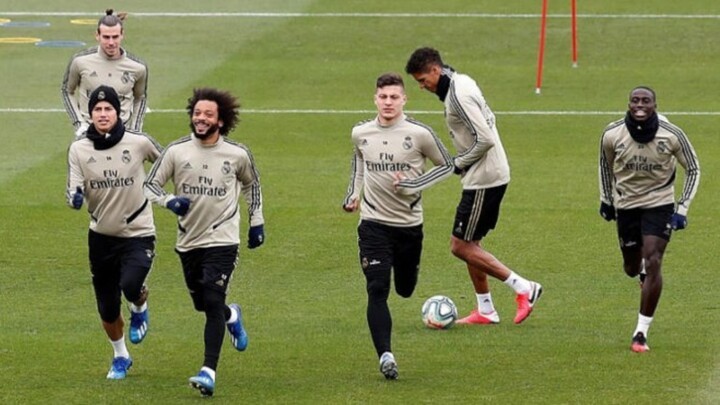 Luka Jovic is another player who struggled to adapt at Zinedine Zidane's Real Madrid and departed to rediscover his form elsewhere, just like James Rodriguez and Gareth Bale.

The Serbia international joined Los Blancos after having scored 36 times in 75 games for Eintracht Frankfurt but pressure and high demands prevented him from showing off his full potential in the Spanish capital.

Jovic asked to depart in January in search of playing time and managed to net a brace in his Bundesliga return for Eintracht.

It took him just 28 minutes to score the same amount of goals he managed in 30 games with Real Madrid. However, Jovic is not the only example of a player who struggled under Zidane then impressed elsewhere.

James moved to Everton last summer and turned into the team's leader under Carlo Ancelotti, while Bale has been gradually recovering his smile at Tottenham Hotspur.

Jovic's loan move back to his former team proves to be a successful gamble for the striker who helped Eintracht defeat Schalke on Sunday.

It's clear that there is life after Real Madrid and Jovic understood that being part of one of the most powerful clubs in the world is not always synonymous with happiness.

For this reason, he decided to go down the same path of his former teammates James and Bale and try his luck elsewhere in January.