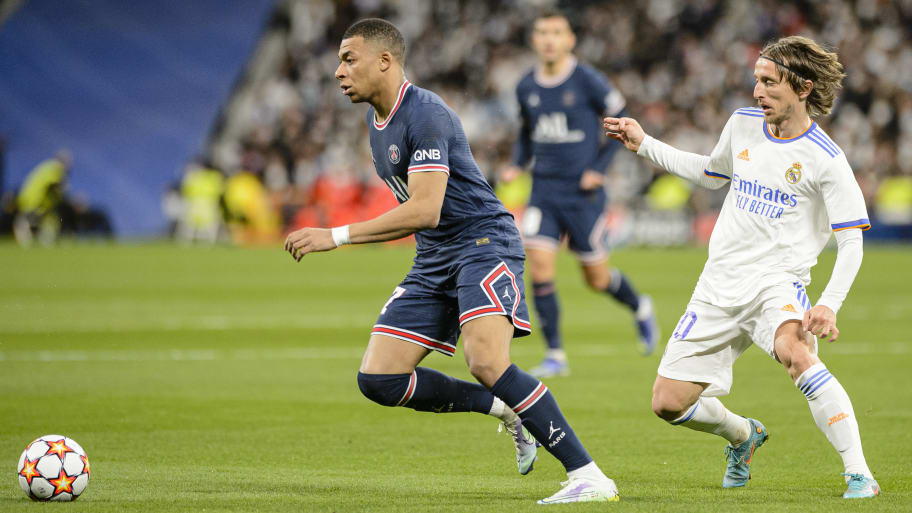 Though not yet official, it's being widely reported that Mbappe will turn down Los Blancos' aggressive advances and sign a new three-year deal at Paris Saint-Germain instead.

With the forward's current terms up this summer, Real Madrid were able to offer a monster contract to the Frenchman ahead of a free transfer, and while some of the figures reported are eye-watering, lofty finances weren't the only incentive in Florentino Perez's pitch to Mbappe.

Foot Mercato report that former Ballon d'Or winner and Real Madrid legend Modric had even agreed to give up the number 10 shirt for their newest potential superstar to take instead.

The Croatian first took the number for the 2017/18 season after James Rodriguez left for Bayern Munich on loan, previously sporting number 19 instead.

La Liga rules state senior squad members can only wear numbers one to 25, meaning that clubs are more likely to reassign them if a player leaves on loan.

Rodriguez took the number 16 shirt when he returned to Real Madrid, while Gareth Bale has had to wear number 18 this season after Marco Asensio took his famed 11.

Nevertheless, it looks like Modric will be keeping his number as an announcement confirming Mbappe's decision to stay at PSG is expected to come on Saturday.

This article was originally published on 90min as Luka Modric agreed to give number 10 shirt to Kylian Mbappe if he joined Real Madrid.