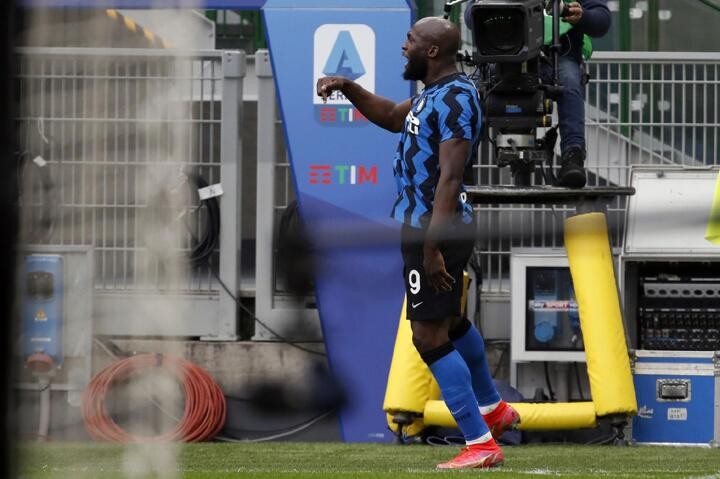 Romelu Lukaku has stated that his controversial celebration after his goal in the Milan derby was made made in the heat of the moment.

After Lukaku had put Inter 3-0 up with his 17th Serie A goal of the season, his shout of "I am the best" was picked up by the pitch-side microphones, but has since backtracked on this exclamation.

"I said a lot of crazy things because of adrenaline," he wrote on his Twitter account, as he answered questions from his followers.

The Belgian striker lavished praise on strike partner Lautaro Martinez, after their telepathic understanding was once again on show at the San Siro on Sunday.

"We have a great affinity for each other, but the most important thing is that we work for the good of the team," he said.

The derby victory extended Inter's lead at the top of Serie A to four points, but Lukaku did not want to entertain talk of a first Scudetto since 2010.

"Right now, I am only thinking about the next match," he said.