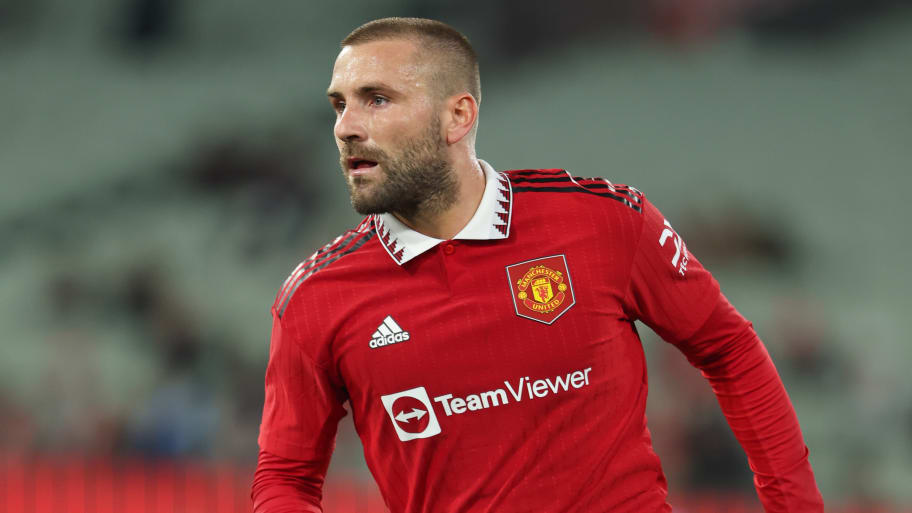 Manchester United left-back Luke Shaw has said that the squad has aimed to create a ‘family atmosphere’ for new signings, while insisting that relationships within the dressing room have ‘always been good’.

There were claims last season of factions and splits at the club, with the players struggling to give their best on the pitch under successive managers.

This summer has been billed as a fresh start for United under the guidance of new manager Erik ten Hag. So far, Tyrell Malacia, Christian Eriksen and Lisandro Martinez have been brought in and Shaw has revealed that trying to be closer off the pitch is with the hope of being better on it.

“I think it’s always been good. We all get on really well and we’re like a family,” Shaw told ManUtd.com when asked about the bonds in the squad.

“We aim to create a family atmosphere and, with that, everyone feels together and close and that makes things better out on the pitch. There is definitely a good vibe and it’s been really enjoyable with the new manager and his ideas.”

Listen now to 90min's Manchester United podcast, The Promised Land, with Scott Saunders & Rob Blanchette. In the latest edition they discuss the rumours linking Hakim Ziyech with a move to Old Trafford, who should start vs Brighton, the latest on Frenkie de Jong & more!

United started really well in pre-season, with multiple players speaking about the intensity of training under Ten Hag, and beat Liverpool, Melbourne Victory and Crystal Palace one after the other. But they let a 2-0 lead slip against Aston Villa, before losing against Atletico Madrid and being held by Rayo Vallecano to round off their pre-season schedule.

Ten Hag’s first competitive game in charge will take place on Sunday when Brighton make the trip to Old Trafford on Sunday. The clash will be a good early indicator of United’s early progress under the new boss, given that Brighton won 4-0 when the teams met as recently as May.

This article was originally published on 90min as Luke Shaw: Man Utd have welcomed new signings into 'family atmosphere'.