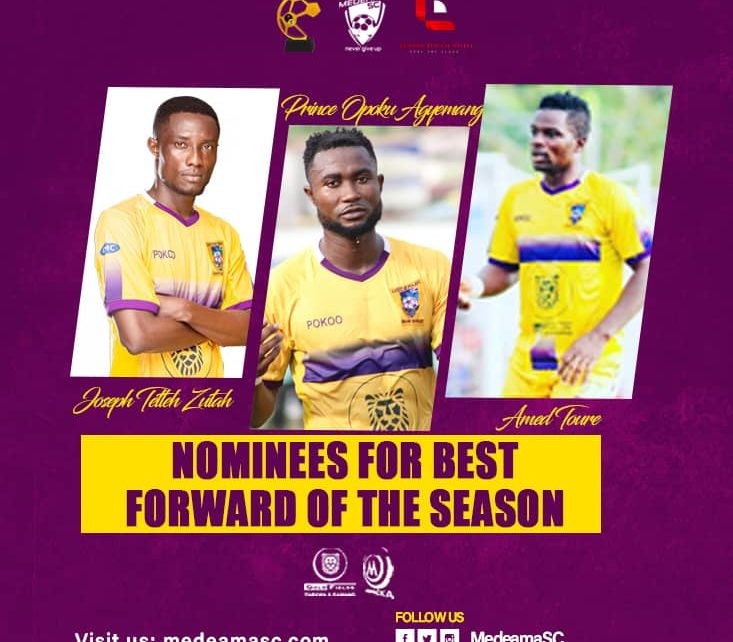 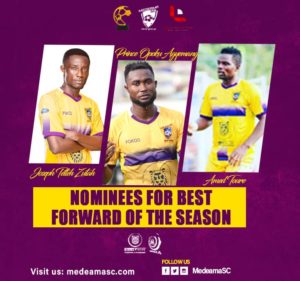 Prince Opoku Agyemang, Amed Toure and Joseph Tetteh Zutah have been nominated for the Best Forward of the Season.

The trio will go at each other for the coveted award at the Luxury Touch Hotel in Tarkwa.

The three players were a major dominant force in the Medeama team that finished 5th last season.

They are being recognized for their immense contribution to the club.

The Prince of goals scored 11 goals and provided two assists in a combined 18 PL and two FA Cup matches on his return to the club at the start of the second half of the season. A real goal-getter and a genius.

The Ivorian-born Burkinabe international scored seven goals, provided five assists in a combined 11 Premier League and FA Cup matches when he joined in the second half of the season.

The outstanding captain clocked 19 appearances, scored two goals and provided an impressive 8 assists in the year under review. Zutah gets nominated for his enviable work ethics and professional touch at the club.