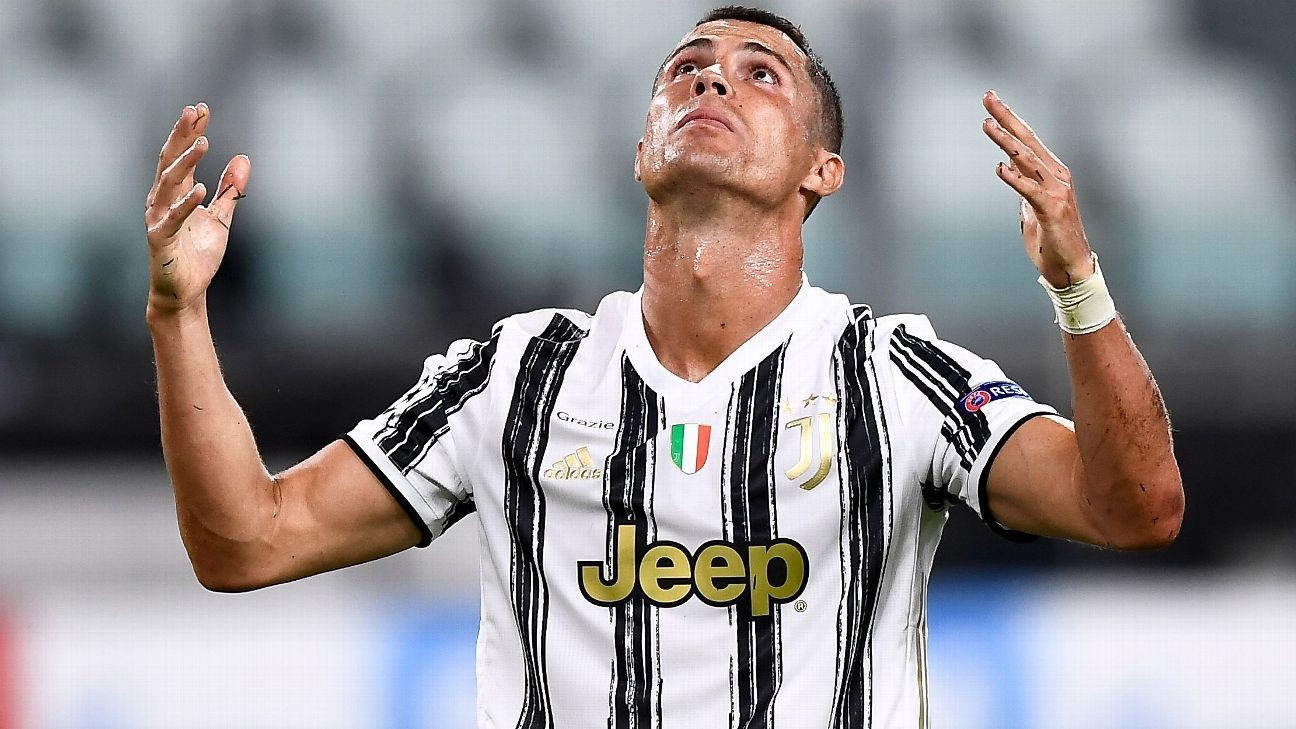 Cristiano Ronaldo must hate Lyon. The last time he lost in the Champions League round of 16 was in 2010 with Real Madrid, and Lyon knocked him out then too. On Friday, the Ligue 1 side did it again, at the same stage of the competition, becoming the first French club in history to beat Juventus over two legs in Europe.

The frustration was obvious to see on Ronaldo's face throughout the game, and especially once the dream of winning the Champions League with a third team was shattered once again, like last year when Ajax surprised Juve in the quarterfinals. How many times did he roll his eyes at the poor display produced by some of his teammates?

Ronaldo was pretty much the only good thing Juve had on the pitch. With Paulo Dybala not fit enough to start, it was all down to the Portuguese superstar to carry his team once more. He almost did it, like last season's hat trick against Atletico Madrid in the round of 16. Juve have been a collective liability all season, incapable of defending well and hardly capable of attacking properly. Ronaldo can be Ronaldo, but he cannot do everything on his own. This proved it again. Two more Champions League goals were added to his collection (number 129 and 130 in 170 games), a big contribution but not nearly enough from those around him. Juve had no creativity, no cohesion in midfield, and little from the full-backs.

It was too comfortable for a Lyon team full of spirit, determination, heart and passion. A team which was well-organised and believed from the beginning that a big upset was possible. Coach Rudi Garcia and his players had a clear plan with a solid back five, together with a low and compact block. They were ahead in the tie after their 1-0 win in the first leg and were ready to run, to fight, to defend and to ride their luck a bit. That's exactly what they did.

When the draw was made in December, not many people put a penny on Lyon going through. Eight months later, their exploits will be forever remembered. They won't get such an easy ride against Manchester City in the quarterfinals in Lisbon next Saturday, but over 90 minutes and with such team unity, you can't write them off.

On the Italian side of the Alps, however, they will try to forget Friday night as quickly as possible. It won't be easy. The introspection has already started. Losing in the Champions League round of 16 for a club like Juventus is a failure. Losing over 180 minutes to a team which finished seventh in Ligue 1 and who had only played one competitive game in the last five months -- when losing to Paris Saint-Germain on penalties in the Coupe de la Ligue final -- is a massive failure.

The blame lies first and foremost on Maurizio Sarri, who has struggled all season to implement a DNA, his DNA, to this team. Of course, you cannot go from a Massimiliano Allegri style of football to a Sarri style of football in a blink of an eye, but there has been no improvement since he took over. Juve are playing now exactly like they were a year ago. This is a sum of individuals, not a team. The former Chelsea boss can come up with all the explanations he wants, even that he was quite satisfied by his team's performance on Friday, but this was simply not good enough.

But this is also a failure of the Juventus hierarchy; Andrea Agnelli, Fabio Paratici and to a lesser degree Pavel Nedved. For years, the club was rightly lauded for the way it operated, for being so shrewd in the transfer market, clever and switched on in image and marketing. What they were building looked impressive. Yet, they have lost their way massively in the last three years. The signings of Matthijs De Ligt and Ronaldo look out of place, a chase for galacticos rather than actually building a properly balanced team.

play1:50Juventus looked 'old and slow' in UCL exit vs. Lyon

Gab Marcotti and Don Hutchison examine why Juventus failed to live up to their expectations this season.

The midfield used to be the best in the world (remember Arturo Vidal - Andrea Pirlo - Paul Pogba?). Now, a midfielder only seems to be signed by Juve if they are a free agent. Their defence used to be the best in Italy and in Europe, yet they conceded 43 goals in Serie A last season, the highest for the champions since 1961. Leonardo Bonucci is the shadow of the player he once was and De Ligt is not ready yet to be the kind of defensive leader Juve need. And up front, well, Gonzalo Higuain's poor performance on Friday sums it up. Juve didn't buy well and could not sell well either.

The responsibility can't only be on Sarri but the task ahead, with him or without him, is huge and the problems won't be fixed quickly.

Of course, they have won a ninth Scudetto in a row, which is massively impressive. But they won it because the other teams made too many mistakes, not because they were brilliant. Lyon probably knocked out the weakest Juventus side since 2011, but they still did it. Even if it felt in Turin on Friday that Juve lost the tie more than Lyon won it, it is a wonderful achievement. One that cannot be underestimated and deserves much praise.