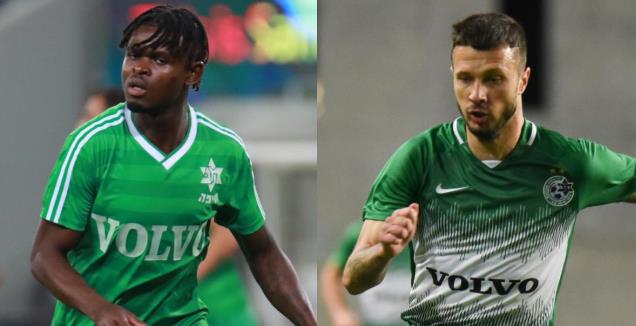 Ghanaian striker Godsway Donyoh is fighting for a place in Maccabi Haifa squad ahead of their crunch tie against rivals Maccabi Tel Aviv in the Israeli Premier League first leg play-off tie on Sunday.

Barak Bakhar is in a dilemma regarding player selection as the team aim to clinch the title for the first time after a decade.

He is undecided over choosing either Ghanaian Godsway Donyoh or Australian Nikita Rukavytsya in attack for the must-win game.

"We have learned enough from past experience that this time there is nothing to celebrate and make statements. We must come to the game next week against Maccabi Tel Aviv at the height of our vigilance. We will come quiet and powerful. Although things are up to us, we have learned that in football nothing is finished until it is finished." said the team.

This weekend's game against Maccabi Tel Aviv may be the game that will determine the identity of the champion and that a draw or victory will provide the Greens on the way to winning the championship after a decade.

Donyoh has scored five goals in 24 appearances for Maccabi Haifa this season.