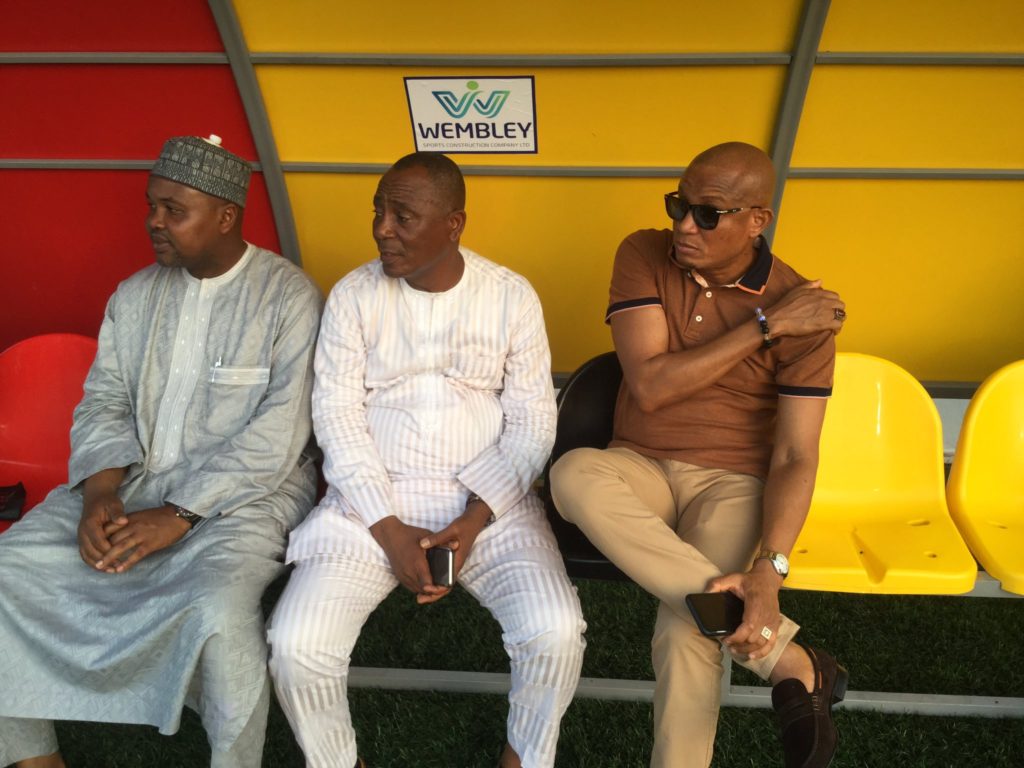 Member of Parliament for the Madina constituency Hon. Abuabakar Boniface and the Minister for Inner Cities and Zongo Development, Hon. Dr. Mustapha Abdul Hamid were present at the Black Stars training in Madina.

The Minister and the MP, together with some community leaders came out to support the Black Stars as they prepare for the Nations Cup qualifier against Sao Tome and Principe on Monday.

The team were training for the first time at the newly constructed astro turf in Madina, build under the leadership of the affable MP.

Hon. Abubakar Boniface ensured the turf was constructed for the community during his time as Minister for Inner Cities and Zongo development.

Several football fans also came out in numbers to watch the Black Stars train at the Zurak Park.