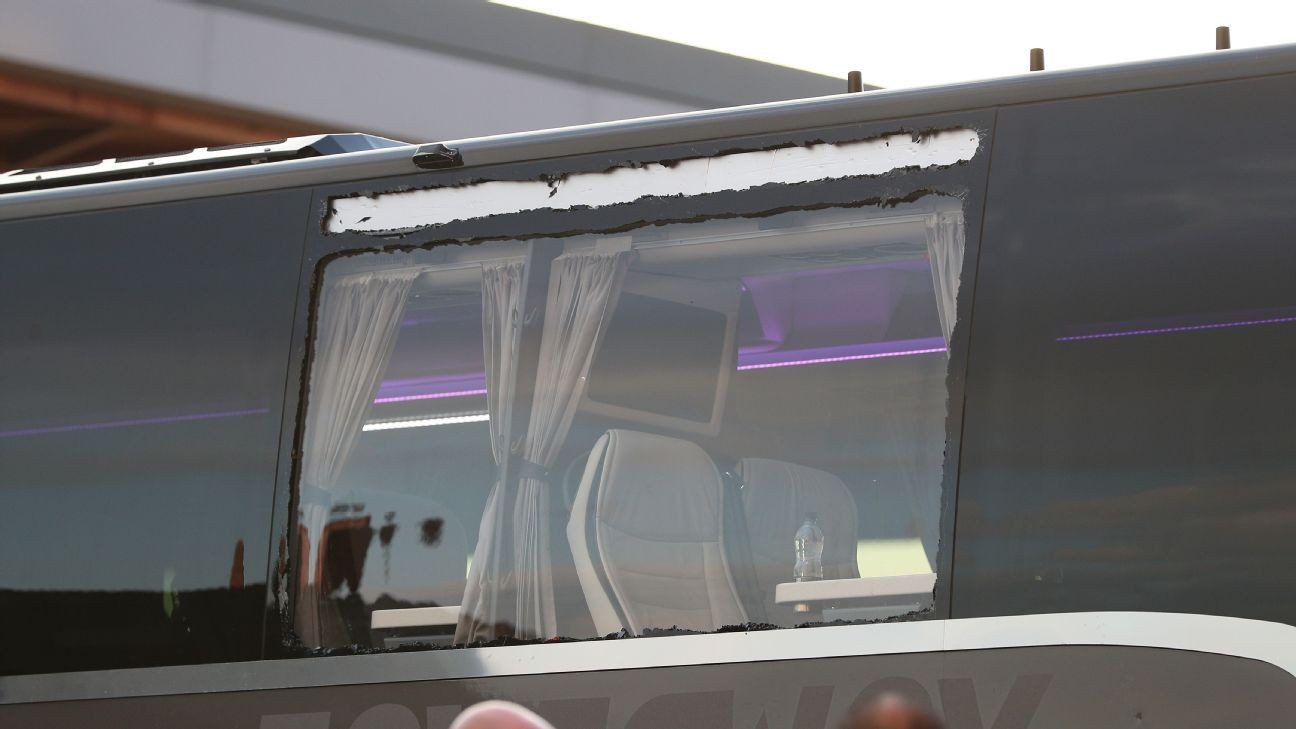 Real Madrid's team bus carrying the Spanish club's squad to Anfield for Wednesday's Champions League quarterfinal second leg against Liverpool was hit by a missile en route to the stadium, resulting in a window being smashed.

The coach, provided by a UK-based company rather than Madrid's usual match bus, was left with a reinforced window being shattered by what sources described to ESPN as a bottle being thrown from a group of supporters watching the two teams arrive at the stadium.

Security officials at Anfield attempted to prevent media from filming and photographing the vehicle when it was parked up inside the stadium perimeter.

But ESPN was able to take two photographs of the damage before being asked to move away by stewards.

A spokesperson for Liverpool said: "We condemn unequivocally the actions that led to Real Madrid's team bus being damaged during its arrival to Anfield this evening. It is totally unacceptable and shameful behaviour of a few individuals."

Emilio Butragueno, Real Madrid's Director of Institutional Relations told Spanish TV station Movistar: "It is a shame. The truth is it's a shame that this happened.

"This is a party for football, Liverpool vs. Real Madrid, it's one of the best games that a fan can see. It's a shame. The relationship between the clubs is really good, Liverpool's directors have apologised, and now we will focus on the game."

The incident bears similarities to an attack on Manchester City's team bus in 2018, when the coach was hit by missiles and badly damaged prior to a Champions League quarterfinal tie at Anfield.