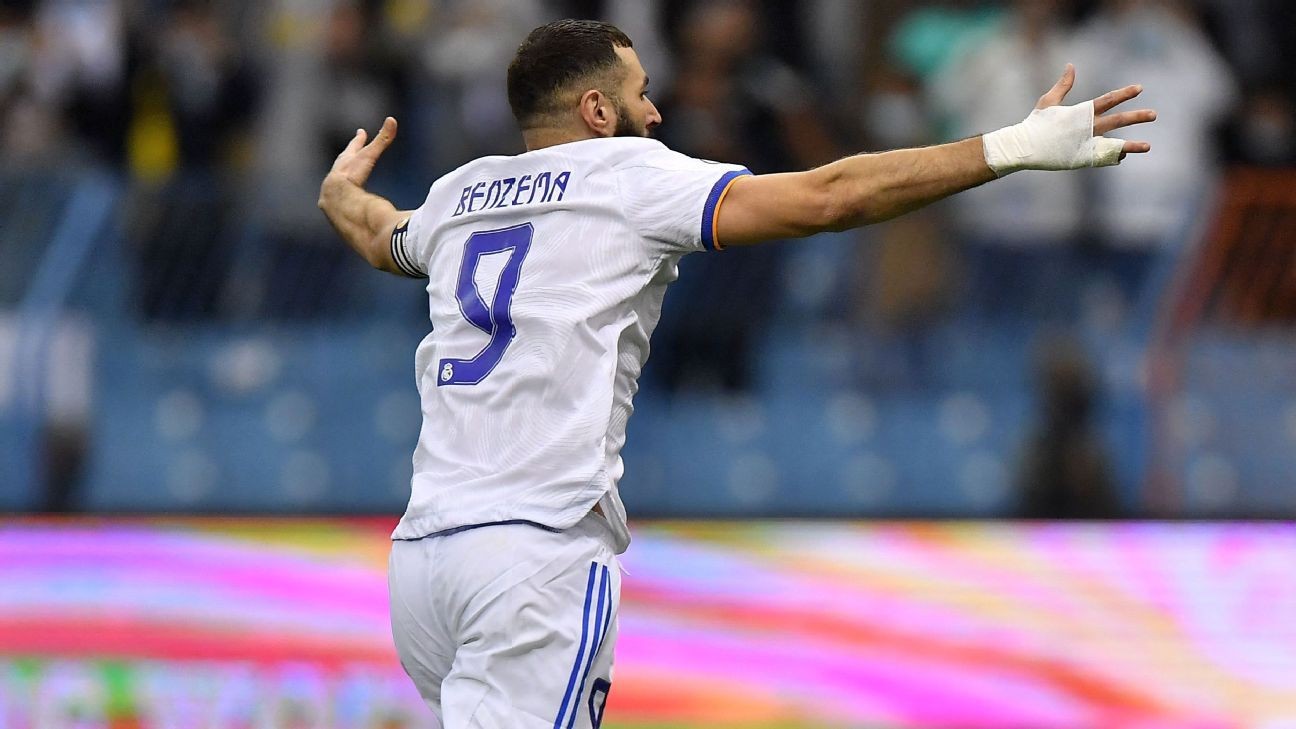 Real Madrid were crowned Spanish Super Cup champions after goals from Luka Modric and Karim Benzema earned them a 2-0 win over Athletic Bilbao in Riyadh, Saudi Arabia on Sunday.

Real took the lead in the 38th minute after Rodrygo sprinted past two defenders before passing to Modric, who rifled a shot into the back of the net.

Benzema extended their lead in the second half with a penalty after the Video Assistant Referee (VAR) spotted a handball from Yeray Alvarez inside the area.

Real were reduced to 10 men three minutes from time after Eder Militao was sent off for a goal line handball, but goalkeeper Thibaut Courtois brilliantly stopped Raul Garcia's penalty kick with his left foot in the dying seconds.

Sunday's victory handed Madrid their 12th Spanish Supercopa title and their first trophy since Ancelotti since returned to the Santiago Bernabeu from Everton last summer.

The Italian previously managed the club from 2013-2015, winning Madrid's 10th Champions League title in 2014 -- nicknamed 'La Decima' -- as well as the Spanish Cup in the same year.