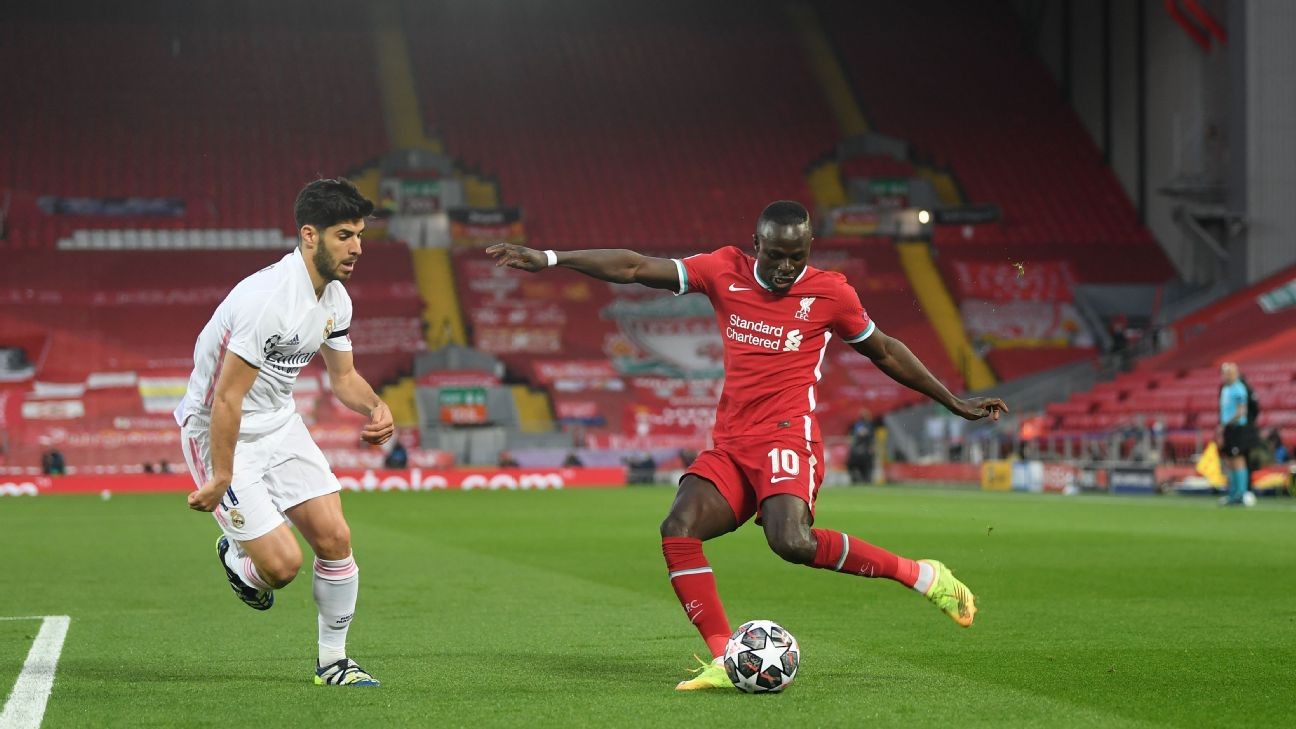 Real Madrid knocked out Liverpool to reach the Champions League semifinals following a 0-0 draw at Anfield on Wednesday which gave them a 3-1 aggregate victory.

Before match, Liverpool issued an apology after Madrid's bus suffered a broken window when an object was thrown at it en route to Anfield.

Liverpool were hoping to replicate their comeback from two seasons ago when overturned a 3-0 first-leg defeat against Barcelona to reach the Champions League final, though on this occasion they did not have the Anfield crowd to urge them on.

Determined to get that early goal, Liverpool came out of the blocks quickly and Mohamed Salah, Sadio Mane and Georginio Wijnaldum were guilty of missing good chances in the first half, while Madrid goalkeeper Thibaut Courtois pulled off some impressive saves.

A season-ending injury to Lucas Vazquez had meant Zidane decided to start midfielder Federico Valverde at right-back, who Liverpool had looked to target.

Madrid patiently waited patiently for their opportunities and Karim Benzema hit the post with a deflected shot midway through the first half.

Roberto Firmino could have done better with a close-range header from Trent Alexander-Arnold's cross at the start of the second half as Liverpool continued to miss opportunities to open the scoring.

Jurgen Klopp bemoaned Liverpool's performance in the first leg, a 3-1 loss in Madrid, which is where he said he feels the tie was decided.

"You always need the key moments," the German said after the match. "We didn't lose the tie tonight, we lost in Madrid.

"It was uncomfortable for Madrid. We were good, aggressive, had chances. If and when is not interesting. We didn't score and then the experience of Real Madrid played the tie down. That is ourselves this year with the finishing.

"We know how often Mo Salah finishes these things with closed eyes. Not here. Tonight it was absolutely OK, but we are out.

"We love this competition and for other reasons it is very important we are back in it. We can now concentrate on the Premier League and we will. We have to work our socks off against Leeds."

Zidane was happy that once again his team were able to execute the game plan perfectly.

"We suffered and we knew we would have to suffer tonight but we wanted to go through, we managed the game well, we had some complicated moments but we can be really proud of what we did tonight again," he said. "We suffered above all at the start.

"They played well for the first 15 minutes. But it's normal, it's a Champions League quarter-final, with the score in our favour, we knew we'd suffer, but we go through and we're happy.

"We're all together, with everything that's happening, the absentees and injuries we've had, the team is always there and it wants more and that's good. We haven't won anything but we're alive in two competitions and that's what we'll try to keep doing."

The visitors, who have won the competition a record 13 times, restricted Liverpool to few chances in the second half as the expertly saw out the rest of the match. They will face Chelsea in the semifinals.