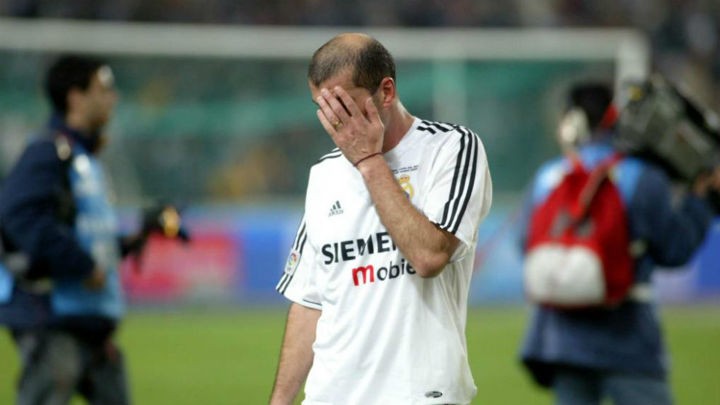 Real Madrid will face one of their Copa del Rey bogey sides in Real Zaragoza in the last 16 of the competition, who Zinedine Zidane remembers only too well.

On March 17, 2004, Zaragoza recorded a famous 3-2 victory in the Copa del Rey final which spelled the beginning of the end of the 'Galactico' era.

Soon after that loss, Carlos Queiroz's men fell in the Champions League semi-final to AS Monaco before missing out on LaLiga Santander to Valencia.

Yet, in 2006, an arguably greater debacle transpired against Zaragoza, with the hosts at La Romareda trouncing Los Blancos 6-1.

Madrid put up a fight at the Estadio Santiago Bernabeu, going 3-0 up in the first half of the second leg. Roberto Carlos added a fourth goal in the second period but Los Blancos ran out of steam and ended up out of the cup.

A year after, Madrid vanquished those memories at Zaragoza with a famous late 2-2 equaliser from Ruud van Nistelrooy in the penultimate match of the league campaign which, combined with Raul Tomudo's infamous leveller at Barcelona for Espanyol, put the title in Los Blancos' hands. The following week, at Real Mallorca, the title went to the Spanish capital.

La Romareda was also the scene of Raul's debut 25 years ago. Despite not able to win on that day, as well as missing several chances, it was clear that he would go on to make history at Real Madrid.