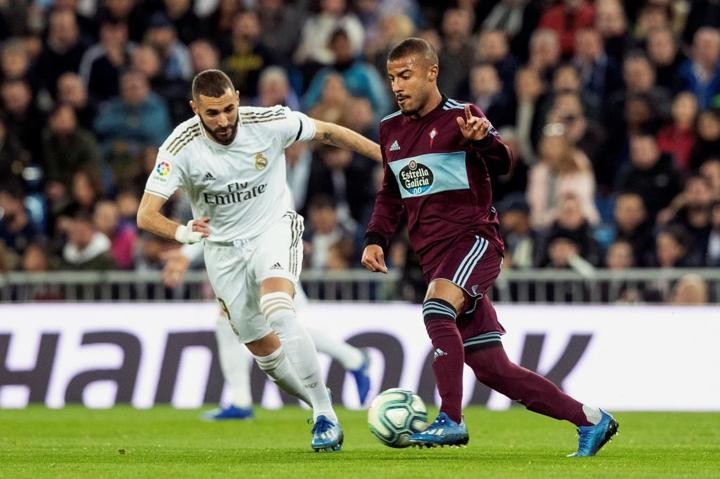 The welcome back party for Eden Hazard had a party-pooper in the form of Celta Vigo, who didn't mind spoiling the occasion.

It could be a result that has a real impact on the league standings as Real Madrid's lead is cut to just a point.

It follows the Copa del Rey exit to Real Sociedad and before difficult ties with Manchester City and Barcelona.

There was good news, though, and that was that Hazard returned at his very best.

He played 72 minutes on his first appearance of this calendar year and stood out as the star man, causing the penalty to give Real Madrid the lead.

Hazard brought the star factor back to Real Madrid and proved that he is the man to inspire this side through his quality down the left flank.

Rafinha Alcantara's display, particularly the first half, was simply sensational.

He broke Real Madrid's press well and was essential in the transition in giving the ball to Iago Aspas who would set up Fedor Smolov accordingly.

One in every three of Toni Kroos' Real Madrid goals have come against Celta Vigo, this latest strike keeping up a record of scoring in every year he has faced them since 2015.

Smolov's first goal in LaLiga Santander couldn't have come at a better place than the Estadio Santiago Bernabeu.

His strike was precise and matched the fine pass from Iago Aspas after taking Sergio Ramos out of the game.

After three appearances, Smolov looks like a promising signing for Celta in attack.

What will Zidane do with his full-backs?

Ferland Mendy was expected to start to earn a yellow card and miss the game against Levante through suspension, rather than risking missing the Clasico, but Marcelo started and Mendy came on late but was not booked.

Will Marcelo start again against Levante? Will Mendy start both big ties against Manchester City and Barcelona?

Gareth Bale could have been dismissed for a woeful tackle in his only real contribution to the game.

Other than that, he was an isolated and disconnected figure in attack who was whistled by his own fans.