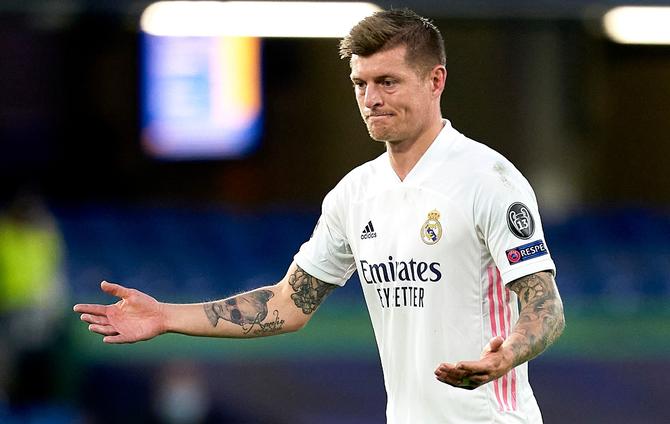 Toni Kroos hit back at Mason Mount after the Chelsea midfielder took exception to the Real Madrid star's comments ahead of their Champions League semi-final second leg.

Kroos said prior to Madrid's 2-0 defeat to Chelsea on Wednesday that he "never lost sleep" over an opponent during his illustrious 15-year career.

Mount made note of that remark after Chelsea advanced 3-1 on aggregate to set up a Champions League final showdown against Premier League rivals Manchester City.

"I saw one of their players say before that he doesn't lose sleep over individuals," Mount told CBS Sports.

"But I think as a team, they need to lose sleep over us as a team."

Kroos responded in a tweet on Thursday, paying a sharp-edged compliment in the process.

While the 22-year-old Mount will be playing for the Champions League title for the first time, Kroos already has won four of his own.

The 31-year-old earned the crown in 2013 with Bundesliga giants Bayern Munich and three in succession from 2016-2018 with Madrid.

Kroos is also a World Cup winner with Germany.