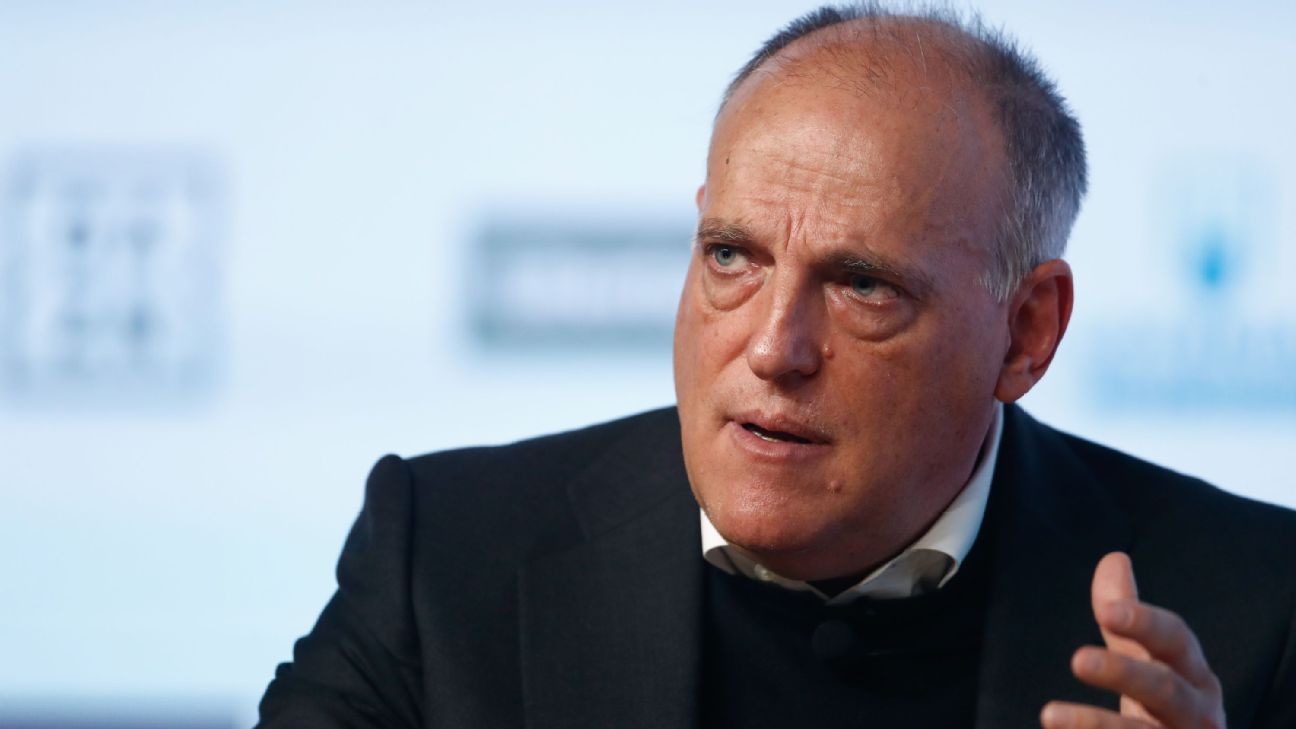 LaLiga president Javier Tebas has said Real Madrid are leading a new continental project that would exclude English clubs and go against UEFA and the Premier League.

Madrid, Barcelona and Juventus, three of the original Super League founding clubs, have remained committed to the project and, according to Spanish media reports, have made changes to their initial proposed breakaway league in order to gain approval.

"I know that they are working on another project because the one they did has already failed at competition level and they already know that the English [clubs] will not be there," Tebas said.

"This other project will again be a failure. It is a more continental project without the English teams and that not only goes against UEFA, but against the Premier [League]."

Madrid president Florentino Perez has been the most vocal advocate of the failed Super League.

"As I always say, Florentino [Perez] never loses," Tebas said. "He always has something [going on]. The concept of the Super League began many years ago with the big clubs and especially with Florentino, more than with Real Madrid, in which the big believe they have to dominate and say what has to be done with everything."

The European Court of Justice will rule in the next few months on the question of whether UEFA's control of European football constitutes a monopoly, in breach of competition law.

"They [Madrid, Barca and Juve] give a lot of importance to what the European Union says," Tebas said. "But I don't think it is so important because the governments of Europe have already positioned themselves and what the courts do is apply the rules approved by the European Union, that is very clear that it does not want Super League projects."

Tebas, meanwhile, spoke about the possibility of seeing both Erling Haaland and Kylian Mbappe in Spain's top flight next season.

A long-term target of Madrid, Mbappe has not signed a new contract with Paris Saint-Germain and becomes a free agent this summer.

Meanwhile, sources have told ESPN that Manchester City are leading the race to sign Haaland, who has a €75 million release clause in his Borussia Dortmund contract, although there remains interest from Madrid, Barca and Bayern Munich.

"Everything indicates that Mbappe will be at Madrid, but at the moment it is not certain," Tebas said.

"What I do know, and I have been saying it for a while, is that he will not be at PSG. I hope he ends up at Real Madrid and if he goes to a Spanish team, better. Perhaps in terms of competitiveness, it would be better if Haaland goes to another club but I would also be happy if he ends up at Real Madrid. These two stars at Madrid would be very important for the league."