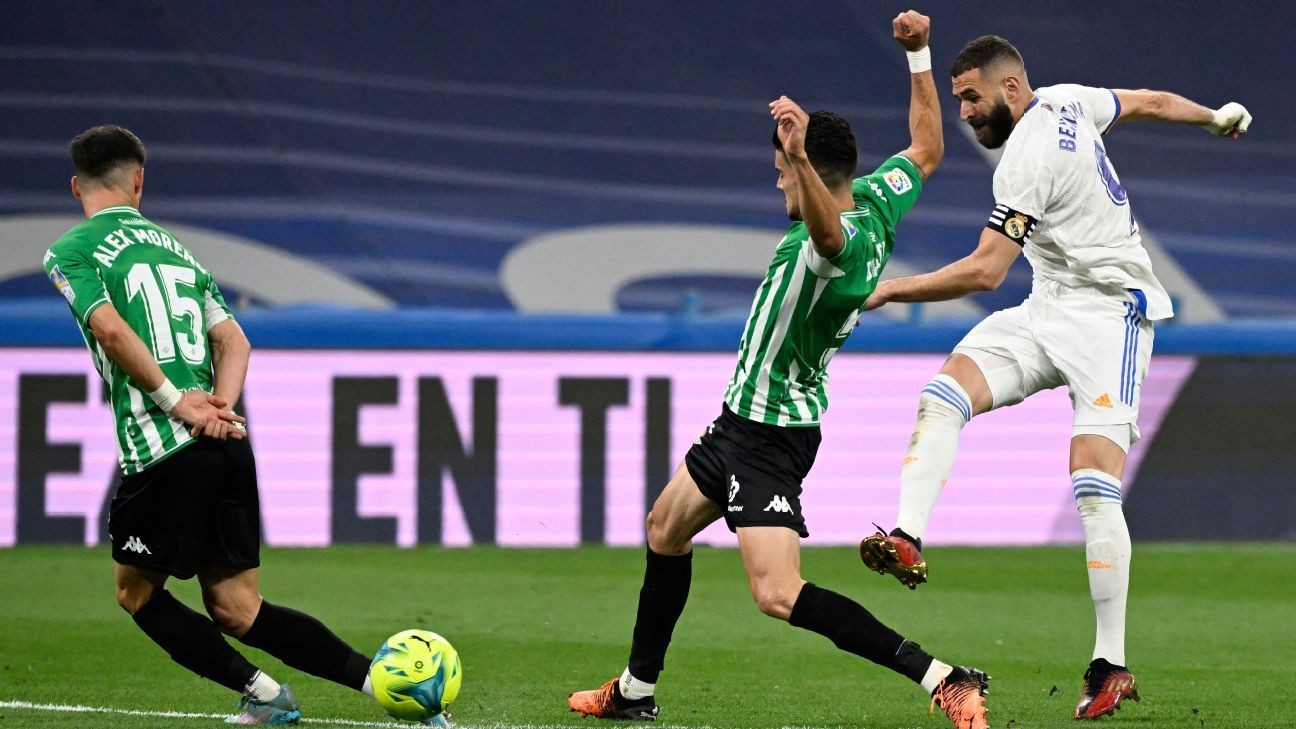 Real Madrid completed their triumphant LaLiga season and warmed up for next week's Champions League final against Liverpool with a goalless draw with visiting Real Betis at the Bernabeu on Friday.

With Madrid already confirmed as champions and fifth-placed Betis knowing they'll miss out on a Champions League place, there was little to play for for either side. And the relaxed celebratory mood was evident with Madrid receiving a guard of honor and returning the favor to Copa del Rey winners Betis ahead of kickoff.

And, while Carlo Ancelotti started with a lineup close to the one he is likely to field in Paris on May 28, chances were few and far between.

Looking to move clear of Raul in second place on Madrid's all-time scoring list, Karim Benzema was unable to take advantage of Madrid's two best chances, coming in the first 10 and last 10 minutes. Betis missed their best opportunity in the dying moments when veteran substitute Joaquin shot over from close range on his 600th LaLiga appearance.