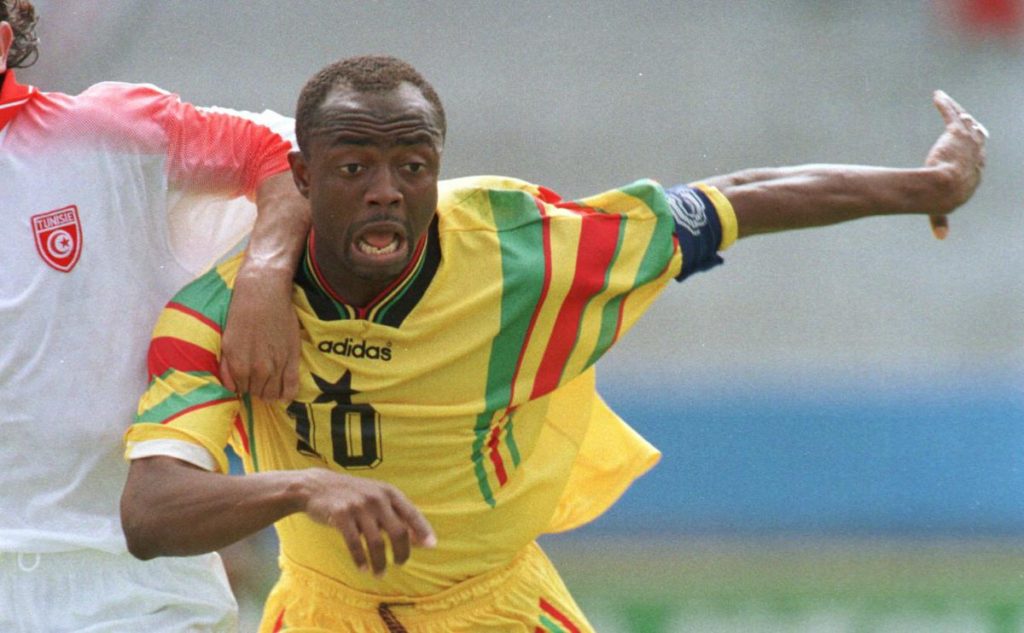 Legendary Ghanaian footballer and arguably the best ever player from the West African country Abedi Pele Ayew has been voted the fifth greatest African footballer by French Football.

French Football magazine picked a list of 30 African football greats to be voted for by 42 renowned journalists and the former Marseille star was named the fifth best.

Abedi Ayew made his name in France after guiding Olympique Marseille to UEFA Champions League glory in 1993, and went on to win that year's African Footballer of the year award.

The 54-year old was three times African Footballer of the Year and also won the Nations Cup with the Black Stars of Ghana in 1982, as a teenager.

Father of two of Black Stars players, Andre and Jorday Ayew was only behind Ivorian legend Dedier Drogba who came fourth.

President of Liberia and Africa's only Ballon D'or winner George Weah was voted the greatest African footballer of all time.

Michael Essien, the other Ghanaian in the list placed 26th ahead of Tarak Diab, Emmanuel Adebayor, Seydou Keita and Rashid Yekini.