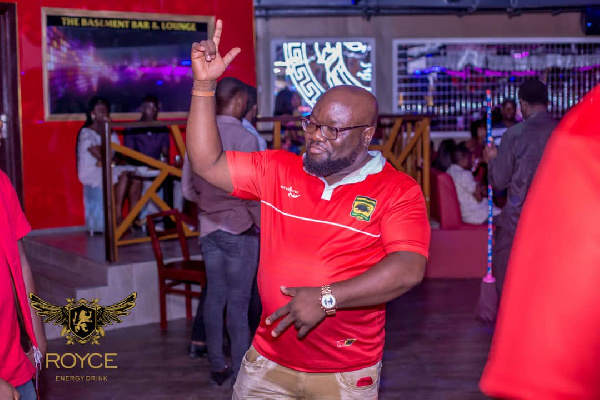 Dr. Amo Sarpong has surprisingly expressed his gratitude to Asante Kotoko despite being sacked as Policy Analyst of the Ghanaian giants.

The university lecturer, popularly known as 'Energy', departed from the norm of insults when people are dismissed to praise the club for giving him the chance to work for them.

Sarpong received his dismissal letter on Friday in the wake of his gun-firing incident at the Golden City Park in Berekum after being set upon by the supporters of the home club.

He was reported to have had a frosty relationship with the club's Executive Chairman of the club Dr. Kwame Kyei in the wake of the incident but thanked the club for the chance.

“It was an interesting journey, a true call to duty, I served with all my heart and might," Dr Sarpong as he confirmed receiving his dismissal letter.

“May God bless the club, the Executive Chairman, management, fans and grant us the favour to achieve greatness once again.”

He fired gun shots to disperse irate fans after a misunderstanding broke between Kotoko officials and their Berekum Chelsea counterparts.

Sarpong  has been handed a six-month Ghana Football Association ban.