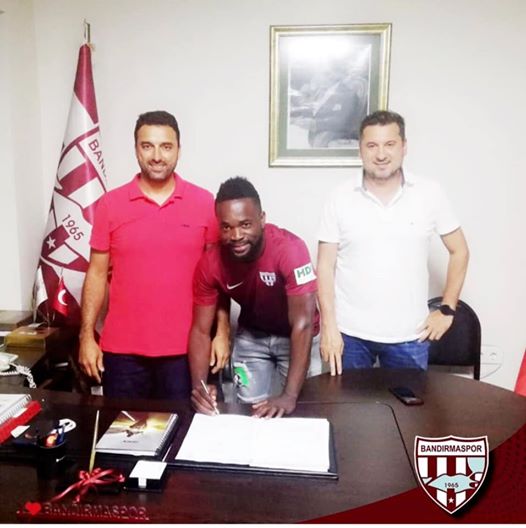 The former Hearts of Oak striker completed his switch to the TFF First League side last weekend, but was officially unveiled on Tuesday after putting pen to paper.

"Am happy to announce to my fan that I have just signed for Bandırmaspor Kulüp Sayfası. To the Balıkesirspor and fans I appreciate you thanks for everything," he wrote on Facebook.

"To my new Bandırmaspor Kulüp Sayfası I pledge 100% to you and looking forward to achieving great heights together. Thanks and God bless," he added.

The Ghana forward moves to the club after ending his stay with rivals Balikerispor at the end of the campaign.

The 28-year old has rich history in the TFF league, having scored 19 goals and provided 13 assists in 104 matches.

The powerful forward has 70 goals in 230 appearances and is seen as the best acquisition for the club following his enormous experience in Turkey.

He has played five times for the national team of Ghana.